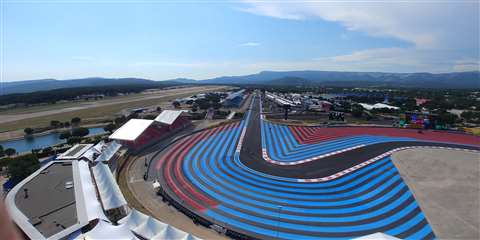 It has been 10 years since France last hosted a Formula One Grand Prix. But, on 24 June, the event made its comeback at the Castellet racetrack – the legendary venue’s first Formula 1 race in 28 years.

Rental company Freche Location required an aerial platform that would enable TV camera operators to film the race at a height of more than 40m. It chose a Genie Z-135/70 articulating boom lift. 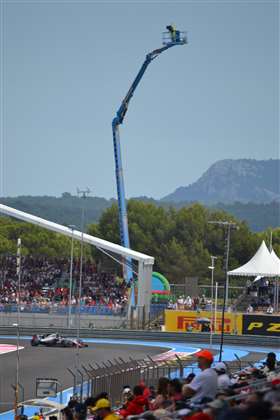 With this new perspective, TV viewers worldwide were able to watch the entire race close up; from the incidents of the first lap just after the hairpin bend, to the victory of British driver Lewis Hamilton who consolidated his world championship leadership position.

With its 43.15m maximum working height, 21.26m horizontal outreach and up-and-over clearance of 23m, the Genie Z-135/70 articulating boom lift was an ideal choice for the production team. Its telescopic Genie Jib-Extend, which telescopes out from 3.66m to 6.10m has a vertical rotation of 110 degrees. Its four-wheel drive with full-time positive traction is also adapted to handle rough ground conditions.