A highly respected and popular figure in the equipment rental world, Mr Nijdam enjoyed a long career with Atlas Copco, and was working for the company as vice president until very recently. He was CEO of RSC from early 2002 until 2004, at which time it was owned by Atlas Copco, and then returned to Europe where he worked on various projects for the company, including serving as board member of its Specialty Rentals division.

He was appointed as a board member of the European Rental Association (ERA) in June this year, and was also a non-executive board member for Ramirent, a post he relinquished recently because of ill-health.

The ERA issued the following tribute; "Freek Nijdam was a true believer of the equipment rental industry. His experience was impressive, having run for almost three years the world's second largest rental company, RSC, in North America and having ultimately designed and built the specialty rental business of Atlas Copco.

"He knew how to be available for the promotion of rental activity by investing his time and participating at rental exhibitions and conferences. His friendly character and his multinational background allowed him to communicate openly and freely with his peers anywhere.

"For all those reasons, ERA invited Freek to serve on its board of directors and we are deeply sorry for having had so little time to benefit from his knowledge and his passion for the equipment rental industry".

Erik Olsson, president and CEO of RSC, reported in the American Rental Association's RentalPulse newsletter, said; "We have lost a dedicated colleague and a loyal friend. There are many people within RSC that together with me will remember Freek with affection and for the professional guidance which he provided to all of us during his time with RSC.

"There is no doubt that RSC would not be the company it is today had it not been for Freek and for this we all owe him a significant amount of gratitude." 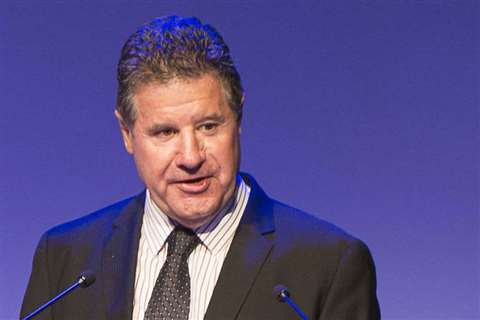