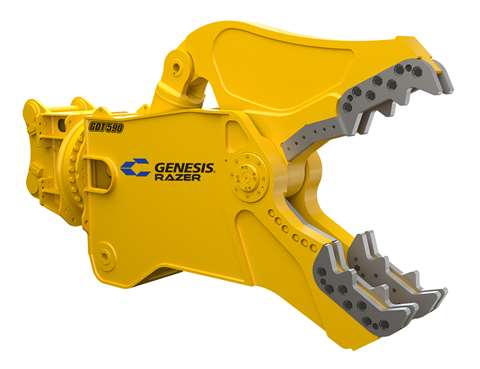 The new GDT 590 are the largest demolition shears in the Razer product line.

Genesis Attachments has added a new model of demolition shears to its Razer product line.

Suitable for use with standard and most high-reach excavators, Genesis said the GDT 590 made the Razer line more versatile, allowing it to meet customer needs in applications such as bridge demolition, concrete recycling and C&D processing.

According to Genesis, which first launched the Razer line in 2016, the entire tool range benefits from a lighter-weight design, customisable crushing teeth and a short, flat-top head with bolt-on bracket which enables the easy installation and switching of the attachments between excavators.