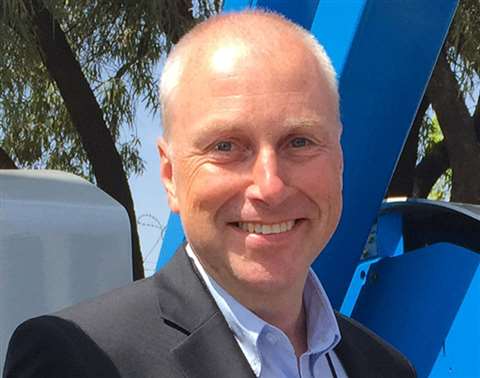 Terex AWP EMEAR has been consolidating the leadership of several key functions at its centrally located offices in Schaffhausen, Switzerland since 2011 to better serve its customers.

The group’s executives, as well as its leaders of finance, supply chain and product management are already located in Schaffhausen. As part of this ongoing transition, the company has made the decision to also relocate the role of Terex AWP VP sales and marketing, for Europe, The Middle East, Africa and Russia (EMEAR) to the Swiss location. As part of this transition, Mr Graysmark is to leave the company.

Joe George, vice president and managing director, Terex AWP EMEAR commented, “Phil has been a terrific ambassador of our Genie brand and has always worked in the best interests of our customers, our company and his fellow team members. We thank Phil for his contributions to the success of Terex and the Genie team and wish him every success in the future.”

The company is in the process of confirming a permanent successor for the role. In the interim, Jacco de Kluijver will be leading the Terex AWP EMEAR sales and marketing team. He joined the Genie team in 2007, and has been leading the UK and Benelux sales organization since 2009.