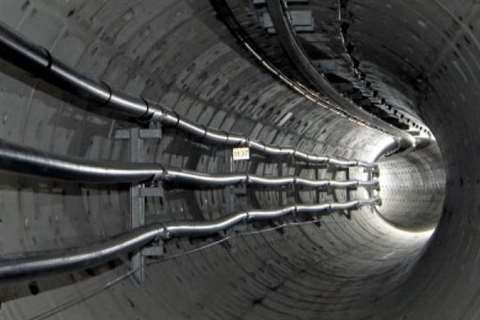 The London Power Tunnels project will run for six years

Essen-based construction firm Hochtief has been awarded a contract to deliver the London Power Tunnels project, along with its London-based partner J Murphy & Sons.

The companies have formed a 50%/50% joint venture to tackle the work, which includes the construction of 32.5km of tunnels beneath the UK capital, on behalf of the developer, Britain’s National Grid.

Hochtief says the project has been developed to minimise disruption for London residents, eliminating the need to dig up the existing cable infrastructure, which is now 50 years old.

An additional benefit of the deep underground tunnels will be the ability to undertake future repairs and maintenance work without impacting on traffic and businesses within the capital.

Hochtief will bring its tunnelling expertise to bear on the project, having previously been awarded a 14km power supply contract in Stockholm, Sweden.

Executive Director, Nicola Shaw from National Grid said, “This contract award is a major milestone in the next phase of the London Power Tunnels project and will help ensure the capital has secure, reliable access to electricity to meet the energy demands of the future.”

Hochtief CEO Marcelino Fernández Verdes said, “We are delighted to contribute with our long-standing expertise in tunnelling works in London to the city’s energy grid modernisation.”