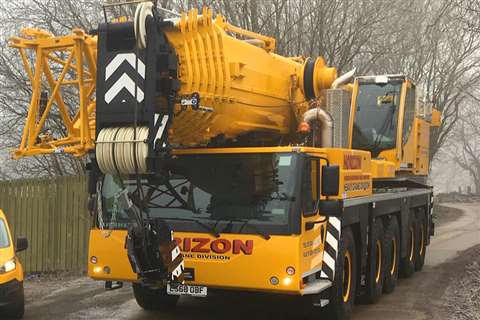 The LTM 1200-5.1 was delivered to replace Horizon’s LTM 1250-5.1, which had a shorter boom. The five-axle crane has a telescopic boom which extends to 72 metres. Various lattice extensions and a folding job allows the boom to be further extended and its entire operating range features a maximum load capacity of 200 tonnes.

Horizon Reinforcing & Crane Hire is a third generation family-run business which has been operating for more than 45 years. The company’s fleet of 18 cranes now comprises an MK 88 Plus mobile construction crane, two of the new LTM 1060-3.1s and the company’s most recent purchase, the LTM 1200-5.1.

Speaking about the latest Liebherr machine to join Horizon’s fleet, managing director Steven Dougall said, “The new crane itself is a great fit into our fleet and having the 76 tonnes of counterweight and long boom means that it works really well for us.The Variobase and new advanced technology is utilised well for our complex contract lifts.“