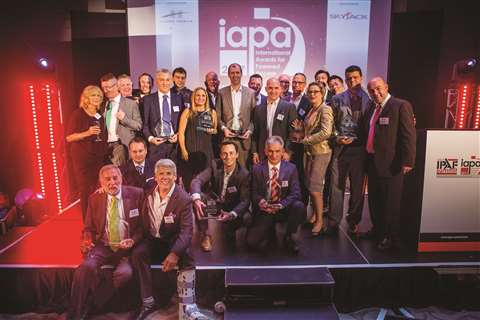 More than 450 industry professionals gathered on 4 April 2017 in London, UK, to honour the winners of the International Awards for Powered Access (IAPAs). Jointly organised by Access International and IPAF, the IAPAs celebrate best practice and excellence in the powered access industry.

Not only was it a record attendance but the quality of the entries was very high, with more than 100 across the 12 categories at this year’s event. AI and IPAF would like to congratulate the outstanding winners but also encourage all those who took part and didn’t take home a trophy to apply again next year.

The winners of the IAPAs 2017 are, with judges’ comments:

This company has a truly rounded approach which has helped it make great progress. It has also found time to be innovative with new technologies. 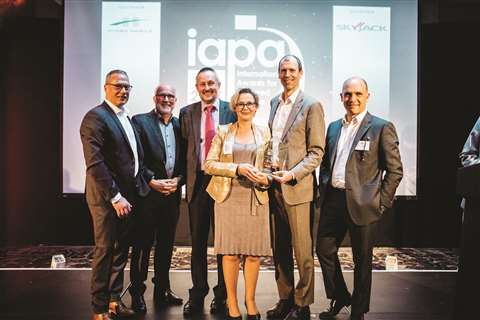 Converting people from risky work methods to access platforms in a young market is no easy task. Alo has pioneered this in Chile through its innovative Day of Height and in working with colleges to add risk prevention in the curriculum.

Modern has a track record in modernising working at height practices in Hong Kong, and continued to push forward last year, introducing lower level access and lifeline products to the market.

This is a fantastic three-in-one product, with a central materials hoist flanked either side by two high-speed passenger hoists. A massive hoist arrangement for demanding projects. Very impressive engineering. 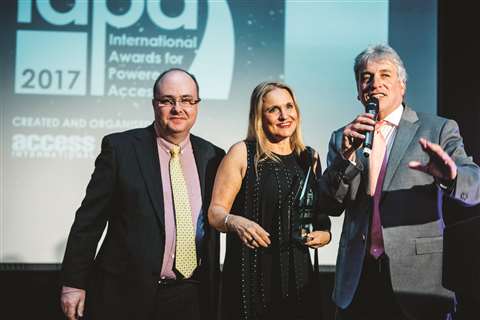 The judges were excited by this product. Combining an all-terrain Menzi Muck excavator chassis with a Leo 40GTX boom demonstrated imagination and exceptional engineering skills. The result is a truly functional extreme off-road lift.

Product of the Year – Vehicle/trailer-mounted

We were impressed with the innovative battery technology, which allows the platform to work for a considerable time without using the engine, combined with its ability to work in narrow spaces. 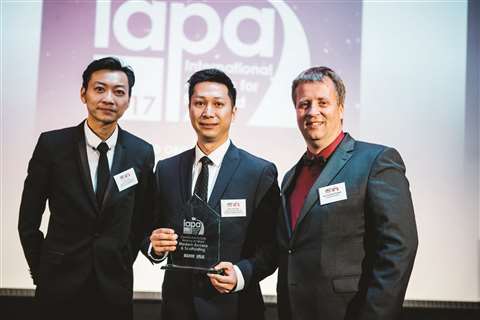 The company provided maintenance for sea locks of the Oosterscheldekering, a dam which runs between the Zeeland islands of Schouwen-Duiveland and Noord-Beveland in the Netherlands to protect the country from flooding. Smart Platform Solutions used a JLG telescopic boom lift, with its platform and jib substituted by a self climbing gondola to create a Mobile Suspended Platform (MSP). 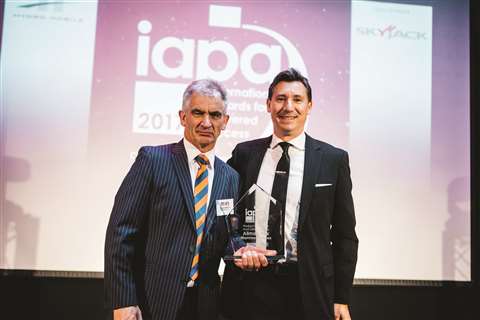 This virtual reality simulator brings to the access industry technology that has previously only been available in the military and aerospace industries. It offers a fantastic learning experience for operators.

Manlift grew its training numbers by 35% last year, offered courses in eight languages, and is playing a significant role in developing training in the Middle East and India. 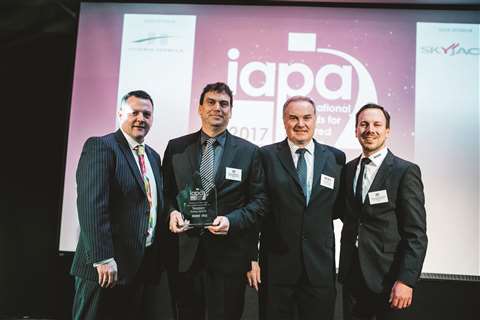 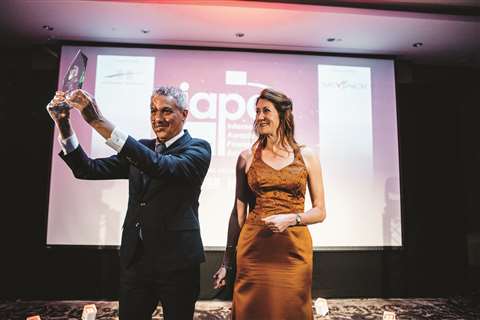 The photo shows a Versalift platform donated by Nationwide inspecting a replica of the Gloster E28/39 aircraft, located close to Nationwide’s head office in Lutterworth and the first aircraft to use an engine designed by Frank Whittle, inventor of the turbojet.

Ed Darwin of Nationwide Platforms picks up the €1000 cash prize from Gordon Leicester of UK access rental company Facelift, which sponsors the award.

In the late 1960s Roger Bowden embarked on a five-year student-apprenticeship scheme at Brunel University, sponsored by John Laing Construction. He graduated in Mechanical Engineering and Production Technology in 1971 and went on to serve as chief engineer for EPL International, the JLC specialist hire company, before forming a one-man sales company in 1977, then a rental company in 1980. 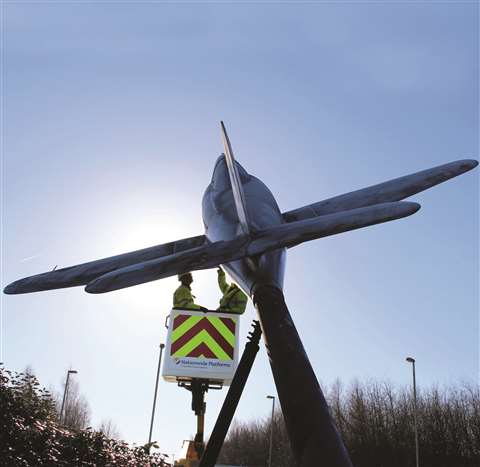 In 1985, he went on to start the company that would define his career. That company is Niftylift; which has grown since then to 460 employees with operations in more than 40 countries around the world.

Roger Bowden is passionate about engineering education and has supported the development of hundreds of apprentices and undergraduate engineers at Niftylift, which is also a long-term sponsor of the Engineering Education Scheme, nurturing young engineers, and runs an Institution of Mechanical Engineers Development Scheme.

Between 2004 and 2011, he chaired IPAF’s Manufacturer’s Technical Committee and in 2006 received an Honorary Doctorate from Brunel University for services to engineering.