Ton Klijn took over as ESTA director in September 2017. Before that he was ESTA secretary and has been active in the heavy lift and transport industry since 1977. From 2003 to 2017 Klijn was managing director at Wagenborg Nedlift, a Dutch heavy lift and transport company. He is also a board member of the Dutch lifting industry association VVT. In addition, Klijn chairs the supervisory board of Aboma, a Dutch company involved in safety, certification and crane inspection. 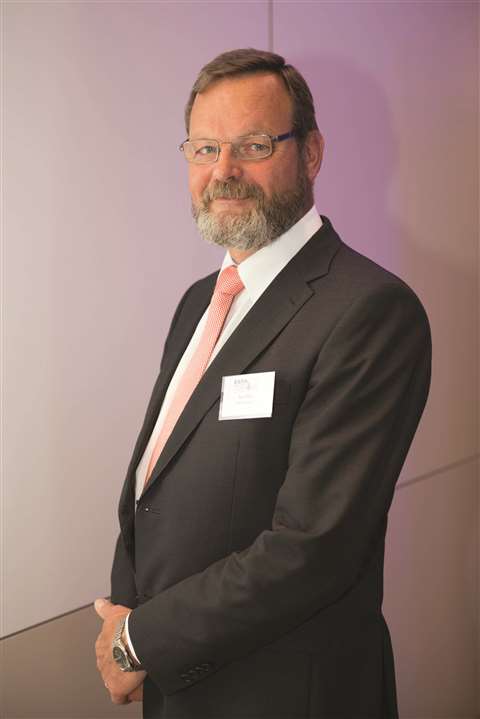 What are your primary aims for ESTA over the next three to five years?

The number one priority has to be raising the number of members, affiliates and supporters. We are pretty well represented already with 26 full or special members in 18 countries, 38 affiliate members and a growing band of 16 supporters.

But to look at it another way, this means there are 10 EU countries that we do not have as members, and a huge number of potential supporters. So there is great potential for growth.

Next on my list of priorities is to create new working groups within ESTA’s Section Transport to give fresh impetus to the harmonisation of standards. To help us we want to gain more involvement from the relevant authorities, regulatory bodies and governmental organisations, both on an EU and a national level.

In addition, there is the small matter of making sure our ongoing projects are on track, in particular the process of establishing the European Crane Operator Licence, and the work on European regulations with FEM and the EN13000 norm committee.

How do you plan to achieve these aims?

Regarding ESTA’s development, the starting point is to visit the national associations already in ESTA, hear their concerns, encourage more supporters to join and to make contacts with stakeholders. 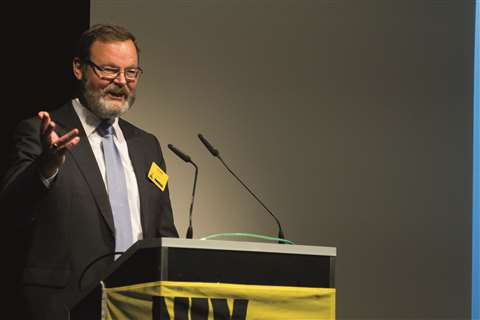 Ton Klijn speaking on behalf of ESTA at a recent meeting of the German association BSK in Berlin, Germany

What are the longer term aims for ESTA?

We need to make ESTA an even more important organisation for our industry and the first consultation point for European authorities when making or adapting rules and regulations relevant to our members.

What are the main challenges to achieving the aims?

As always, money is key with ESTA. We are an influential and growing orgaisation but financially we are very small. Too much of our work is still dependent on volunteers putting in the effort in addition to their full-time jobs.

How do you see the role of ESTA developing in the next ten years?

As mentioned, I hope to be able to raise the membership to the point at which all European countries are represented. With this achieved we will have more clout with local and EU regulators and we will be able to advance the safety standards in our industry, both at an EU and worldwide level.

Such growth will also allow us to raise the budget we need for ESTA’s activities, and, with that, boost our effectiveness as a representative organisation.

What aspects of your experience as Wagenborg Nedlift managing director are most relevant to your new role at ESTA?

My experience in the day-to-day running of a transport and craneage company gives me a clear picture of what our membership has to deal with on a daily basis and thus a pretty good view on what they would want ESTA to do for them.

As always, for ESTA the key issues revolve around: improving safety; the harmonisation of standards and overcoming inefficient and unnecessary bureaucracy; working alongside manufacturers on technological developments; and the promotion of best practice, both formally and informally through networking events, such as the annual awards.

How much time did you previously spend on ESTA duties as the association’s secretary and how will that change as ESTA director?

That depended on the time of year and ESTA’s meeting schedule, but between five and ten hours a week on average. Now as director the average time will be around 20 hours a week.

It is not so much a transition to retirement for me as the fact that my part retirement allows me to devote more time to ESTA, whereas ESTA cannot support a full time director based on the present budget.

My present contract is for three years and there are options to extend as both parties see fit. My predecessor Søren Jansen held the position until his retirement at the age of 70 so I envisage doing it for at least six or seven years – health and ESTA Board consent permitting, that is.

What resources do you have at your disposal?

I can draw on the support of our transport executive, L­­­ukasz Chwalczuk, and Graham Anderson who runs ESTA’s communications, plus the secretarial support of our office manager Caroline van Geest. This is a good core team that can help in the execution of all our tasks and projects.

If we had the funds, I would be arguing for us to organise our own lobby at the EU in Brussels. As a first step, the Board has decided that ESTA will join the International Road Transport Union (IRU) to be able to make our voice heard in Brussels through their channels.

ESTA needs to take the lead in discussions and not only react to what is thrown at us from Brussels. We all know the EU and all its workings are far from perfect but we must do the best to exert whatever influence we can to get the best possible decisions for our members. Otherwise, we will be subject to inappropriate policies created by politicians and single-issue lobbyists.

What more will you do to recruit new members and get the remaining European countries on board?

By visiting them, stepping up our communications efforts, and talking to stakeholders from these countries. We have already started down that road. The meeting and dinner in Krakow in October attracted representatives from more than 20 countries, many of them new to ESTA and from organisations that are not yet members.

From a transport perspective, it was one of the biggest autumn meetings we have held and we hope to convert that interest in ESTA into a long-term commitment.

How do you plan to  increase the association’s income?

In the present situation the membership of ESTA – and hence our funding – is limited by our structure and the number of members. If we look at the difference in budgets between, for example, ESTA and the USA-headquartered Specialized Carriers & Rigging Association (SC&RA), and relate them to the size of the two economies, then there is a great discrepancy. The economies of the USA and Europe are of a comparable size, however ESTA’s budget is only 3 per cent of that of SC&RA.

With this in mind we are planning to revisit the present ESTA fee structure, giving more benefits to supporters and creating better value for money for the member associations. You will hear more about this in due course.

The manufacturers and ESTA are already working closely and well together. ESTA will continue to support them in their quest for better construction norms – preferably harmonised worldwide – for cranes and transport vehicles.

Another category of stakeholders I intend to approach are “principal clients”, the bigger companies that use vertical transport and abnormal transport services on a worldwide scale. Like the users and manufacturers they have a vested interest in raising safety standards and harmonising execution practices, as this in the end will lead to lower production costs.

In a similar vein, we have been working hard to develop relations in the onshore wind turbine sector with the turbine manufacturers, developers and energy companies. We hope to work with them, developing best practice standards for the erection and transportation of onshore wind turbines, so reducing accidents and making the industry more efficient.

What plans are there for broadening ESTA’s sphere of influence, for example, beyond Europe’s borders?

There are no particular plans in place at the moment other than continuing the cooperation already underway through the International Crane Stakeholders Assembly. The users and manufacturers worldwide benefit from all of us bringing together our knowledge and expertise on a global scale – a point that is strongly supported by the European manufacturers with whom we have an excellent cooperation.

Personally, I would like to see the ICSA meetings to be a little more frequent and the secretariat of the ICSA to be strengthened. These two measures would greatly enhance the effectiveness of ICSA as a worldwide platform.