Investment continues to grow in Spain

Spanish rental companies continue to increase their investment levels as the market recovers from the post-crisis period.

The large number of delegates at this year’s ASEAMAC congress reflected the buoyancy of the market.

Rentaire invested about €8 million last year, equating to roughly 30% of its revenues for the year. However, he said this would eventually bring its own challenges; “In two, three, or four years, the competition is expected to become harder because everyone will have built up bigger fleets”.

He said there was also the prospect of new companies entering – or re-entering – the rental market. 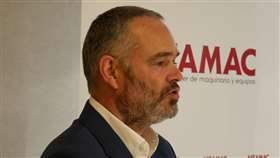 The European Rental Association reported last year that Spain’s rental market grew by an estimated 5.1% in 2018, making it one of the fastest expanding in Europe. That growth, and the increased investment that follows, was reflected not just in the high turnout at the two-day ASEAMAC congress – more than 250 attendees – but also in the 38 equipment and IT suppliers sponsoring the event.

Also on the agenda in Madrid was digitalisation. Thomas Bulow, Vice President of Sales in Europe, Middle East and Africa at Trackunit, told delegates that the construction industry had one of the lowest rates of productivity and this related to the slow adoption rates of digital technology. 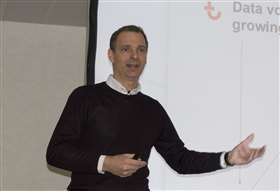 He said rental companies were becoming receptive to the idea of collaborating with what Bulow called the ‘ecosystem’ of OEMs, contractors and other companies, in order to tap into the potential of big data.

That requires companies to use systems that are compatible with one another and can feed data into a shared platform. One example is the case of GAM, Spain’s largest rental company, which has partnered with Trackunit and is in the early stages of installing the company’s telematics system on its equipment.

Meanwhile, speaking at the congress was Tim Whiteman, CEO of IPAF. On the final day of the congress, ASEAMAC and IPAF signed a collaboration agreement.