Australian rental firm Kennards Hire has strengthened its presence in the state of Victoria with the opening of two new branches, including a ‘Branch of the Future’ prototype. 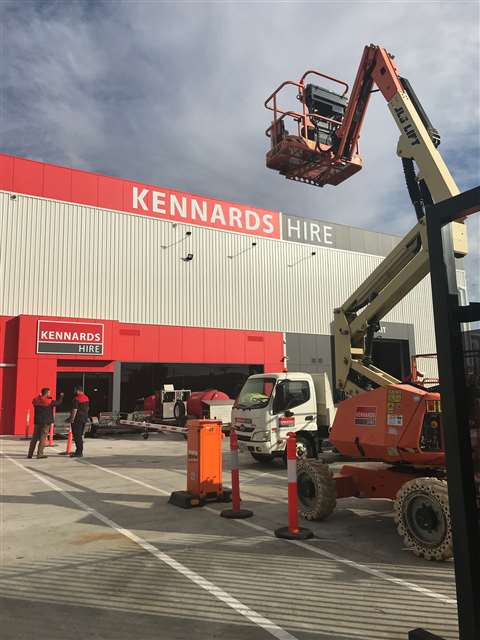 The prototype branch is built on a 2,500m2 site in Airport West and has been designed to implement new technologies in the future. A particular highlight of the new depot is its 12m high vertical storage machine, which has 122m2 of storage capacity to for equipment. This allows general rental equipment to be stores in a fraction of the space usually required.

Meanwhile, the more industry-focused Lift & Shift branch has moved from Abbotsford to Port Melbourne and now shares a new site with the former South Melbourne Branch. The new Port Melbourne site stretches over 3,200m2 and is strategically placed with good access to major arterial routes, making it convenient for customers to access when heading in or out of the central business district or surrounding areas.

Kennards Hire now also has a dedicated Site Solutions business located in the Melbourne suburb of Thomastown. The unit specialises in site equipment such as site sheds and offices, portable security cameras, dust monitoring, generators and fuel cells. In addition to the equipment, the team at Site Solutions also offer services such as site set up, along with automated waste removal and refuelling.

Victorian General Manager, Lance Hawes, said, “We’re always looking beyond our current branch network model for ways that we can be innovative while holding our customer’s experience at its core. Our expansion in Melbourne and the introduction of hybrid branches stand testament to this.”