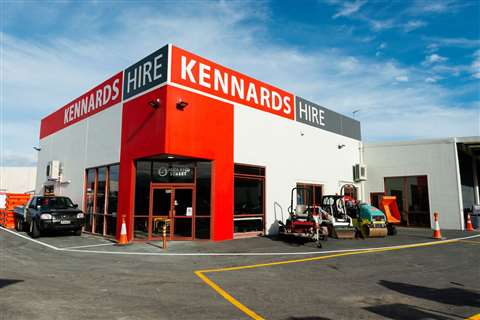 As Kennards’ 27th depot in the country, the 3,000m2 facility is strategically positioned to support a growing demand for construction equipment in the area.

Local governments were said to be investing heavily in infrastructure to improve the coastal area and waterfront around the Dunedin and Otago/Southland region.

He added, “We’re looking forward to becoming part of the community, supporting the local economy and its people.”

Todd Smith is Branch Manager of the Dunedin depot. He is returning to family in the city following a 10-year stint at Kennards Hire in Australia, bringing his family home with him.

As part of his efforts to build relationships with the community, Smith will soon partner with a local school as part of the Kennards Hire KidsCan school buddy programme, which supports low decile schools with equipment and volunteers.

Todd is joined by experienced Service Person Drivers Jeffrey Dela Pena and Billy Parker, and he is actively recruiting for additional staff from the local area.

The depot was said to be designed to prioritise the safety of staff and customers, particularly in the event of a local or national lockdown. It offers contactless service and delivery.

The new depot adds to an established local network, with Kennards’ Queenstown and Invercargill facilities both operating in the wider region for 18 months.