John Arapidis has been named as the new President and CEO of heavy equipment and crane distributor Kirby-Smith Machinery, taking over the role from the company’s founder Ed Kirby. 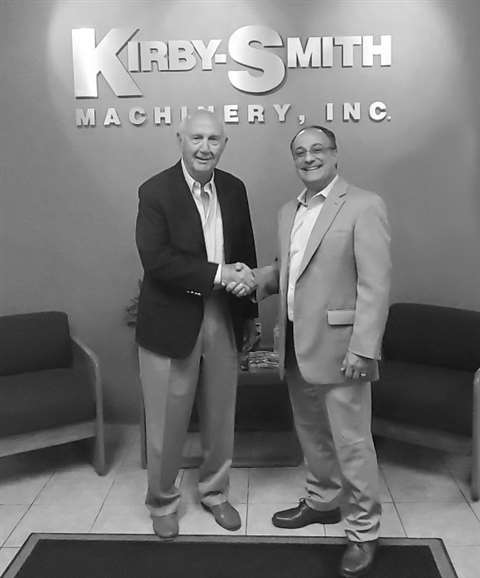 A graduate of both Loyola University and the Keller Graduate School of Management, Arapidis joined the company in 2017.  after serving nearly 30 years at construction equipment manufacturer Komatsu.

During his time with the construction equipment manufacturer, Arapidis held multiple roles including that of Vice President of its rental and used equipment division.

Kirby-Smith, which has been under the leadership of Ed Kirby for the past 40 years, said Arapidis takes up his new leadership position after serving as its Vice President of Major Accounts.

Ed Kirby, the founder and now former President and CEO of Kirby-Smith, said, “Making the decision to step back from my role was not an easy one, but I know that with the appointment of John to President and CEO, Kirby-Smith Machinery will continue to remain a leader in the industry in John’s extremely capable hands.”

Kirby said, “During the past four years, John’s experience, leadership style and vision for the company have proven to be the right fit for this role, and will benefit the entire KSM organization, as well as our partners and clients.”

While Kirby will now take up a new role as Chairman of the company’s Board of Directors, over the next few months Kirby will work closely with Arapidis to ensure the smooth transfer of leadership.

Arapidis, President and CEO of Kirby-Smith Machinery, said, “I am honored and humbled at the opportunity to take on this position with KSM and help grow the company into the future,” Arapidis said.

“My motto is to never stop learning, and I am excited to work alongside the leadership team to continue to learn and build upon the legacy that Ed has built.”

The appointment will see both Arapidis and his wife relocate from Dallas, Texas, to Oklahoma City, where the company is headquartered.