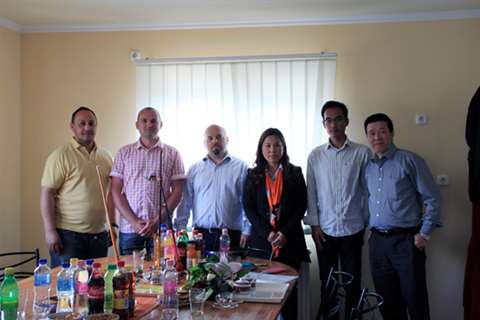 China-based access equipment manufacturer Mantall has named Langmahr as its distributor in Hungary.

Mantall’s vice general manager Shirley Li visited the company following bauma to officially appoint it as a distributor. Langmahr already has a rental fleet of 100 Mantall units and has recently opened a new facility for sales, maintenance and training.