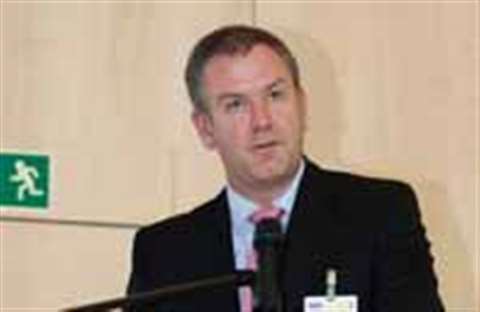 Lavendon Group is to raise £80.8 million in a new share issue, with the funds used to reduce debt, provide additional "headroom" on existing financial covenants, and allow the company to participate in consolidation opportunities in the medium term.

At the same time, the company issued an interim management statement for the year to 18 November in which it reported that revenues for the first 10 months of this year were down around 11% (17% on a constant currency basis). The group said there were tentative signs of stabilising markets, although at significantly lower levels than 2008.

Kevin Appleton, Lavendon's chief executive, said:"The fundraising we are announcing today will provide a solid financial base for the business, whilst also providing us with the necessary flexibility to drive the future development of the Group. Alongside the proactive measures we have taken to respond to the tough operating environment, we are well placed for the eventual market recovery."

It its interim trading statement, Lavendon said It expected trading results for the year to be at the lower end of its expectations and it anticipates the market in 2010 to remain challenging.

Lavendon said; "The decline in the European economic climate, since the fourth quarter of 2008, has been severe, with this deterioration being particularly evident in the performance of the construction-related element of our customer base in the UK and Spain. Major construction project delays are still occurring and the recovery in our business outside of construction is strongly dependent on a more general recovery in business confidence."

UK revenues for the first ten months of the year declined by 22%, with a like-for-like decline of 28% after adjusting for the Platform Company acquisition. Lavendon said its commercial and industrial construction sectors faced particularly challenging conditions and that demand "on a major project in East London" (meaning the London Olympics - suppliers to the Olympics are not allowed to publicise their involvement) had yet to reach the anticipated peak level.

Lavendon's German business saw revenue declines of 13% in local currency, and the company said that while demand was subdued, Germany did not suffer from the same degree of oversupply as the UK. Conditions in France and Belgium are showing some signs of improvement "after a very quiet summer holiday period", with revenues for the first 10 months of the year down 19% in local currency terms.

Meanwhile, Spain remains an extremely difficult market, said Lavendon, with revenues falling 41% in the first 10 months of the year. "The outlook for the relevant sectors of the Spanish construction market remains extremely poor", said the company.

The Middle East remains Lavendon's best performing market, with revenues growing 20% in local currency in the period. The company did say, however, that it had seen some delays to project starts, particularly in Saudi Arabia.