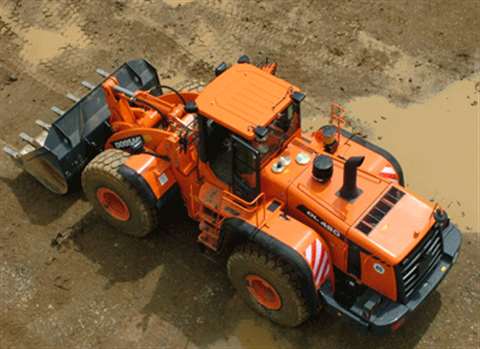 The wheeled loader market in China is forecast to grow 18% over the next five years, according to a new report from Off-Highway Research. However, the recovery in this sector will be slower than for other key types of equipment, and the market potential will remain a fraction of the high of nearly 220,000 wheeled loaders sold in 2010.

Wheeled loaders have historically been the mainstay of the Chinese construction equipment sector. According to Off-Highway Research, the active population of machines in the country is more than 1.3 million units. The availability of new machines is one reason why growth prospects are low. “This product has by far the largest population of any machine type, there are a considerable number of second-hand machines, while the average utilisation rate has only improved slightly,” said the report.

Another key factor is that many applications which were previously carried out with wheeled loaders are now performed with hydraulic excavators. Indeed, sales of crawler excavators in China are forecast to increase 70% over the next five years, compared to the 18% growth expected for wheeled loaders.