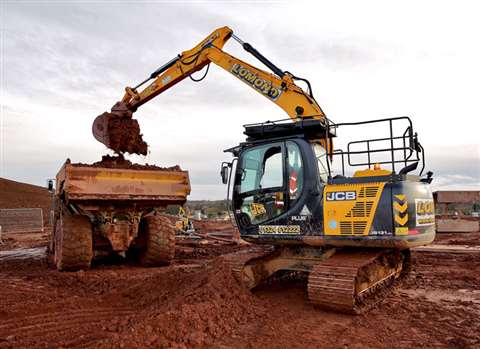 UK rental company Lomond Plant has added 98 new JCB machines to its fleet, in a deal worth £5.5 million (€6.34 million).

The company – which is based in Falkirk, Scotland – said the new models supported its ambitious expansion plans, which had already seen growth in the North West of England, with depots in Yorkshire and the Midlands to follow.

Lomond Plant’s joint managing director, Ross Easton, said, “The JS131 has clearly been specifically designed for the rental market and is absolutely ticking the right boxes in that respect. They bring the huge benefit of no AdBlue requirement without any power reduction on general hire applications.

“We’ve also introduced the new 48Z-1 mini excavator model to our fleet. JCB’s new generation 86C-1 and 85Z-1 have been excellent for us with reduced fuel consumption and better visibility. So when those same benefits were introduced on 4 to 5 tonne models it was the natural choice.”

He added that company would continue to expand its coverage across the UK, and insisted the new JCB models would help enhance its offering at each depot.