Loxam said on 31 March that 10% of its French network remained open to serve customers working on the health crisis or to ensure the continuation of public services. It said the network will progressively reopen as soon as activity on its customers’ worksites resumes.

Europe’s largest rental company said its operations in Northern and Eastern Europe had been less impacted so far, but that it was monitoring the situation closely.

The company is looking at the government support measures being implemented in France, Italy and Spain, including the French government guarantee for business loans (covering up to 90% of the sum). It is considering €230 million in loans from its banks that could benefit from the guarantee.

Loxam will also use tax and social contribution deferrals, and said the majority of its financial lease providers in France had proposed a six-month postponement of payments. CapEx commitments have been postponed or cancelled for the entire Group.

In its statement, Loxam said; ”Geographic diversity will not make Loxam immune to the effect of this health crisis, but should enable the Group to weather the event, which will not hit all countries simultaneously or with the same magnitude…The Covid-19 crisis is a temporary unforeseen event which will not alter the solid foundations and resilient business model of the Loxam Group.” 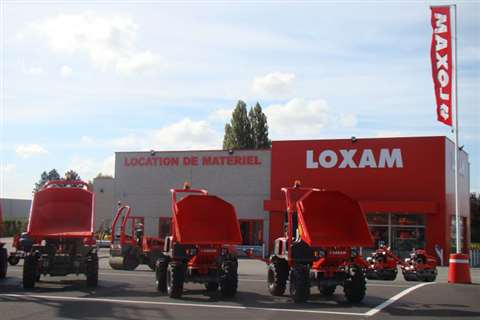 The company paid tribute to its employees and others; ”In this challenging situation, we have been highly comforted by the response of our staff, suppliers, public authorities, as well as of our financial partners, which help us keep the Group on a secure footing.

”As the Covid-19 pandemic continues to expand across Europe, we reiterate our profound wishes of recovery to all of our staff, customers and suppliers and urge everyone to continue to comply with the precautionary health and safety measures which governments have implemented in all countries.”