Russian lifting specialist, LTECH-Lifting Technology has opened its 6th depot in the capital of the XXII Olympic Winter Games 2014 - Sochi.

It is LTECH's plan to contribute to the preparation of the Olympic event and become involved in the general development of the region.

LTECH's president Mikhail Malvinskiy said, "Opening a full-grown depot in Sochi has become a regular step in the company's development. Our task is always to be on a wave crest, be where the most important projects for our country are taking place and contribute to its realisation".

The company will sell and rent aerial work platforms, trailer and truck mounted machines, telehandlers, mini and industrial cranes, special transport equipment, winches, special equipment for façade cleaning, bridge and tunnel inspection units and other types of lifting equipment from manufacturers from around the world.

LTECH says that the new depot will provide a high level service with special attention being paid to service support and spare parts sale to fully satisfy the needs of Olympic construction.

LTECH says that it intends to continue to expand into the regions, in the near future it plans to open representative offices in the cities with a population over 1 million people in the run-up to World Football Cup 2018.

Manitou reports ‘exceptional backlog’
Group revenue was up 27% for the first half of the year and the backlog stands at €1.8 billion 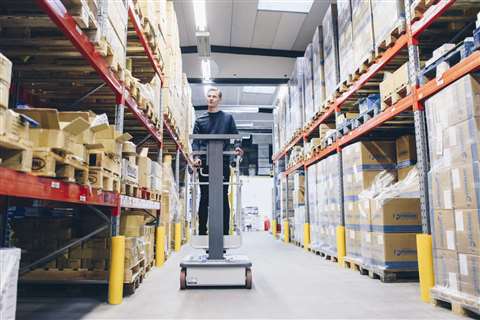