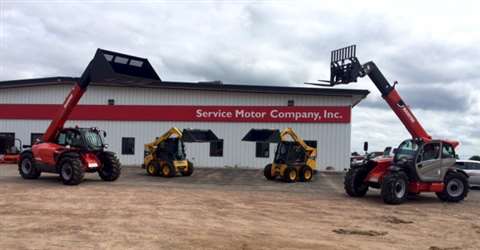 By division, Manitou saw its Material Handling & Access Division (MHA) grow 6% for the quarter, to €232 million, said to be driven by demand in the construction and industry sectors.

Its Compact Equipment Products Division (CEP) recorded revenues of €59 million, which represents a year-on-year increase of 24%. In North America, the CEP division recorded a growth in its business activity with regional and national rental companies, said Manitou, while it also benefited from more favourable exchange rates for its exports outside the US.

Manitou’s Services & Solutions Division (S&S) recorded a year-on-year increase of 13% for the third quarter, to €63 million. Manitou said the division benefited from general market recovery, which favoured an increase in its spare parts business.

“Adjusted for the unusual activity generated by the developments in European engine standards in September 2016, the growth in sales revenues in the third quarter is close to what we achieved for the first nine months of the year; a performance to be commended in a context of occasional increased delivery times from some suppliers.”