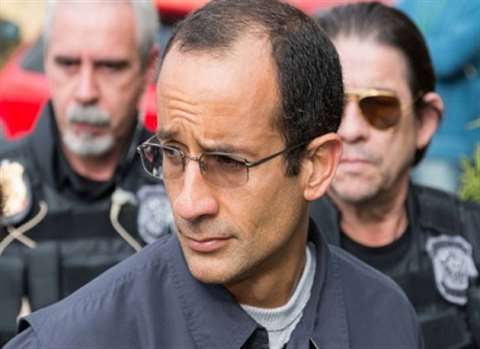 The judge presiding over the Petrobras embezzlement probe dubbed Operation Car Wash, has sentenced former Odebrecht CEO Marcelo Odebrecht to over 19 years in prison for his part in the scandal.

Mr Odebrecht, 47, who has been behind bars since last June, was, until December last year, CEO of Odebrecht SA, Latin America’s largest construction firm.

He was convicted of paying more than US$ 30 million in bribes to officials from the energy corporation Petrobras, in exchange for contracts.

Operation Car Wash has already been responsible for the arrest and investigation of dozens of executives and politicians, on charges including bribery, overcharging for contracts and siphoning money to pay for electoral campaigns.

Recently, former Brazilian president Luiz Inacio Lula da Silva was questioned by police as part of the fraud inquiry, although he was later released without charge.

Peru’s President Ollanta Humala has also been embroiled in the scandal, following the release of a leaked official document, which revealed Brazilian police suspected him of taking US$ 3 million in bribes from Odebrecht SA.

In summing up, Judge Moro said the Odebrecht group had joined other companies "in a cartel to collaborate systematically to manipulate Petrobras tenders for the construction of large-scale works from 2006."

Following the trial, however, a statement from Mr Odebrecht's legal team said his sentence was "manifestly unjust and unfair because it does not have any basis in the evidence produced.

"The sentence produced can only be seen as a serious miscarriage of justice,” it said, “or as the pure will of the judge," and went on to say that there will be an appeal against the sentence.