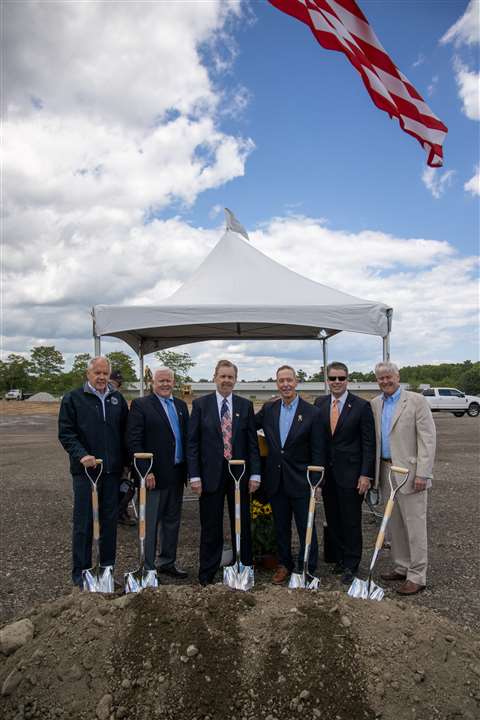 The Marr Companies is expanding operations to a site south of Boston in Braintree, MA. In 2018, the company acquired 16 acres of land at 201 Commerce Drive in Liberty Park. Approximately one-third of the area will serve as the new location for Marr’s crane and rigging operations and other complementary products beginning in January 2020. This new site, known as Marr South, will provide optimal conditions for Marr to meet its requirements for near-term growth and the ever-expanding building industry.

According to Dan Marr, “The new property is an asset for Marr operations on the south shore of Boston. We are greatly encouraged by the associations we have made with the leadership in Braintree and are confident that our companies will add value to the city’s economic future.”

In his address at the groundbreaking, Mayor Sullivan said, “I’ve come to know the Marr family and I’m so pleased they have chosen Braintree to expand their enterprise. Braintree has attracted good quality businesses and those companies bring not only employment and revenue, but also a level of vibrancy that helps the community grow. I know that The Marr Companies will add to that growth and that they will be engaged in our community’s civic activities.”

Headquarters for The Marr Companies and its center of operations will continue in South Boston as it has since the early 1900s.