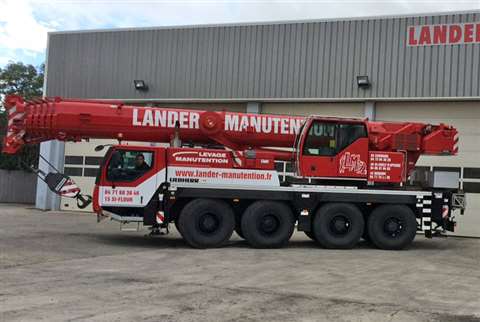 Lander Manutention is based in the Auvergne region of France

Based in the Auvergne region, Lander has a fleet of wheeled mobile cranes in capacities from 30 to 130 tonnes, plus truck mounted loader, industrial and mini cranes, trucks, aerial work platforms and other plant. Its four branches increases the Mediaco Group crane offer in the region.

Alexandre-Jacques Vernazza, Mediaco Group chairman, welcomed the teams that contributed to the reputation and expertise of Lander to the 1,500-employee Mediaco Group.

Lander was started in 1991 by Philippe Meissonier.