Milestone for ALE on Serbian bridge 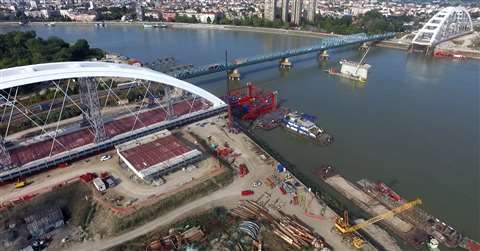 The first section was raised using jacks with a total capacity of 7,600 tonnes.

In anticipation of the water level changing in the river, measures were taken to maintain schedules and minimise cost variation. This included adapting the height of the gantry to accommodate different water levels and using a modular steel structure with the combination of hydraulic jacks on top of the main columns, ALE explained.

Francisco Gómez, ALE project engineer, said, “We have a team of bridge experts working on this and, by finding a solution that will allow the client to install the bridge with a range of 4 metres between the water levels, we are reducing the project costs and optimising the overall duration of the project so the remaining building work of the railway infrastructure can continue.

“By providing beneficial solutions such as these, we can showcase our capabilities in the sector. Now we have completed the engineering phase, the first jacking operation, and launching operations of the first bridge section, we can continue to progress to the next stage of this complex project,” Gómez continued. 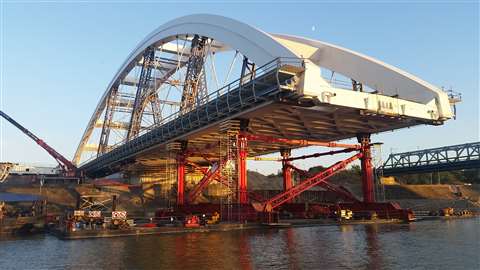 The 4,750 tonne arch section in place