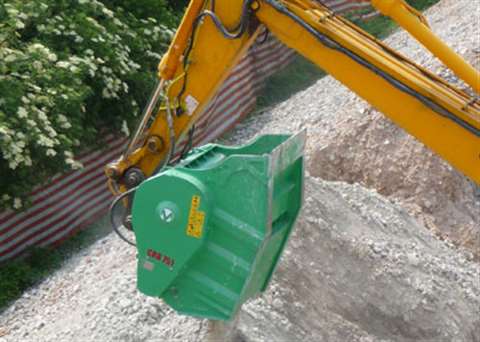 Recommended for use on carriers weighing from 24 to 34 tonnes, the CRB751 has a bucket opening of 900 x 510 mm (36 x 20.4 in) and the same jaw opening range of the smaller CRB601. A heavy duty version of the CRB751 is also available, which features a high operating weight of 4 tonnes and which is intended to be used on 25 to 34 tonne carriers.

According to Montabert, only one way hydraulics are required to operate the new bucket line, making it possible to use them on a wide range of excavator makes. They can crush concrete, brick, blocks, asphalt and aggregate, as well as a wide range of other materials, making them ideal for small scale recycling on those smaller projects or larger sites where there is a limited amount of material to be processed.