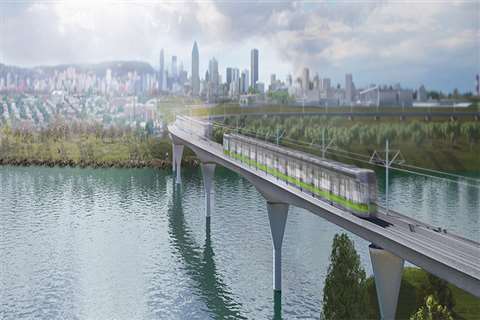 Montreal’s new light-rail project connecting the city to its suburbs and its international airport has been approved, with work to begin in April.

The 65km light-rail network – known as Reseau express metropolitain (REM) – will cost US$6.3 billion, US$300 million more than originally estimated. It is the largest public transportation project to be built in greater Montreal in 50 years.

The contractors will, “harmonize their respective proposals in the next few months to finalize the details of the schedule and begin work in spring,” according to CDPQ officials.

In March 2017 Quebec committed to provide CA$1.3 billion (US$1 billion) towards the REM, and in June of the same year Canadian Prime Minister Justin Trudea pledged the same amount to help build the system.

Initial testing will be conducted at the end of 2020 and it is expected that the first riders will begin boarding in the summer of 2021.