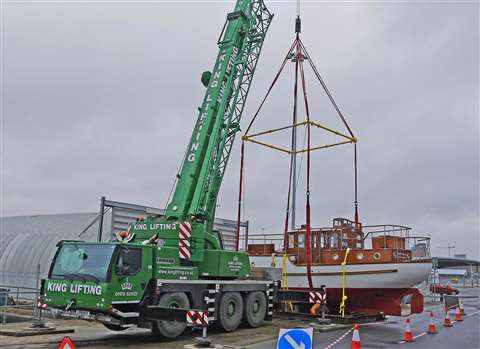 One of the famous “Little ships” used in the evacuation of Dunkirk in France during the Second World War had a relaunch following its restoration in the UK.

The 9.7 tonne vessel named Dorian was suspended from a King Lifting crane with a Modulift CMOD 12 spreader frame supplied by SafetyLiftinGear (SLG). Dorian was being prepared to attend the Return of Dunkirk, an event to commemorate the 80th anniversary of Operation Dynamo where thousands of allied soldiers were evacuated from France in all manner of naval and private vessels.

Tony Walsh, King Lifting depot manager, was keen to be involved in the project. He was 24 years in the Army at 17 Port & Maritime and had been involved in many varied lifts. “I was fortunate enough to be able to attend site on the day she was finally removed from the workshop and lifted from the cradle where she had spent eight years, onto the awaiting transport to be driven down the coast in preparation for launch.”

Wind presented a challenge on the day of the lift. It made the spreader frame’s stability and four lifting points all the more important. Height restrictions were accommodated as the height was lower than a “1 over 2” rig. Harshal Kulkarni, Modulift engineering manager explained, “The CMOD spreader frame and the 1 over 2 rig achieve similar lifts; however, they are not direct substitutes for each other. The 1 over 2 rig option is most economical if there is no height restriction, however the CMOD spreader frame proves efficient for low headroom lifts. It is quicker to assemble due to less rigging than the 1 over 2 rig.”

Modulift said it was “a higher degree of static indeterminacy than a 1 over 2 rig which provides greater stability in windy conditions. The Modulift CMOD corner units impart high level of lateral stability to the frame and the slings due to its 45 degree orientation.”

Built for the Royal Navy in Portsmouth in 1915, Dorian initially served in the First World War as part of the Grand Fleet. In 1937 she was sold into private hands and converted into a cruising yacht. Recall came in 1940 for the Dunkirk evacuation. After the war Dorian ended up as a houseboat on the River Thames. Following a fire in 2003 Dorian was donated to the Dunkirk Little Ships Restoration Trust. Volunteers and professional shipwrights in Southampton have since restored the vessel.

Karl Chapple, SLG depot manager, said, “It was great to work on a project that had played such an important part in history. Although the windy weather threw in extra challenges, the steadiness of the CMOD 12 meant that the lift was still able to go ahead as planned.” 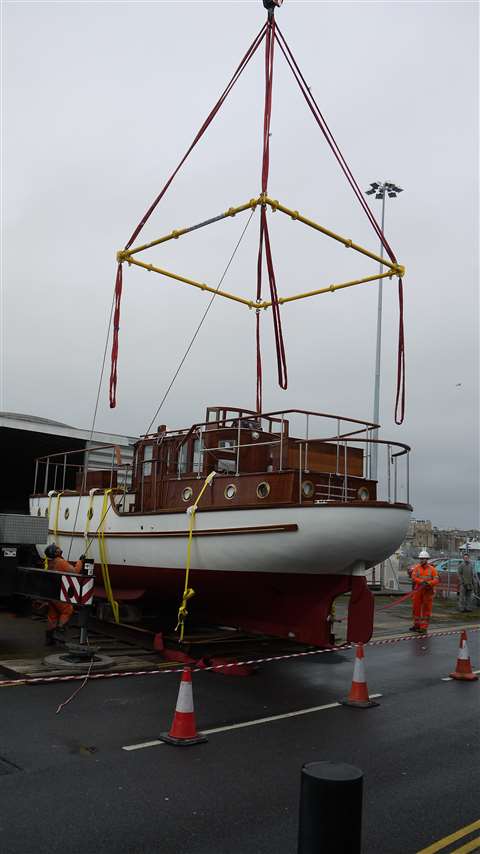 Modulift CMOD 12 spreader frame and slings were supplied by SafetyLiftinGear. Modulift spreader frames are available from the CMOD 6 up to the CMOD 250 which lifts 300 tonnes 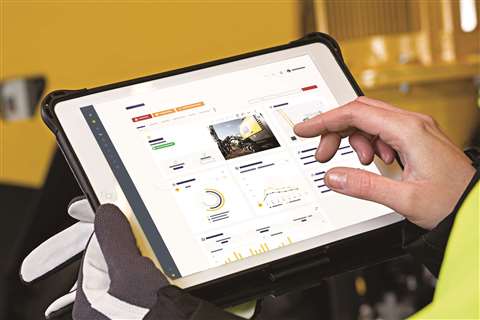