Dingli machines at the 2010 Bauma China show in Shanghai.

Equipment buyers from all over Asia, the Middle East and Latin America were in Shanghai in late November for the bauma China exhibition. Murray Pollok was there and reports on an exciting show.

Sometimes an exhibition succeeds in capturing the times. That was the case at bauma china last November, where there was a level of visitors, business activity and general excitement that perfectly illustrated the current gulf between the developing and developed markets for construction equipment.

More than 150000 visitors attended the show, 33% higher than in 2008. Visitors came from over 165 countries, with the top ten - excluding China - being Korea, India, Japan, Russia, Malaysia, Brazil, Singapore, Thailand, Indonesia and Australia (in that order).

The pace of development among Chinese manufacturers was evident everywhere at the showground in Shanghai's Pudong district - not least at the Sany stand where a 2000 t crawler crane took pride of place. Such a machine would have been nothing but a dream for a local manufacturer 10 years ago.

The access equipment sector is a perfect example. There were more than 21 Chinese manufacturers of booms, scissors, truck mounted platforms, mast climbing work platforms and hoists at bauma China, in addition to western players like JLG, Terex, Haulotte, Skyjack, Snorkel and Manitou.

If the established manufacturers have been busy establishing manufacturing plants in China (Snorkel, Terex, JLG, Haulotte, Aichi), the Chinese suppliers have been hard at work developing their product ranges and targeting export markets. For many at bauma China - including Dingli, Sinoboom, JingCheng and GJJ - it was Brazil, India and the Middle East that were engaging their attentions.

Star of the show had to be Dingli, which made an enormous impact with 44 (yes, 44) aerial platforms on its stand. It already has subsidiaries in Australia and Singapore and said it will this year sell over 2000 machines to export markets including Brazil, Russia, Australia and Turkey.

Mr Xu Shugen, Dingli's chief executive officer, told IRN that Dingli was now looking at opening offices in developing areas including India, Pakistan and Brazil. Earlier this year it established Dingli Australia and has now sold around 400 scissors and small platforms to Australia.

The company is best known for its small platforms - and for previously supplying platforms for Snorkel - but in the last year it has expanded its range to include telescopic booms up to 42 m and rough terrain scissors up to 18 m working height. It says all its machines are CE marked for Europe.

Mr Xu says his OEM manufacturing days are over; "Now we want to promote the Dingli brand", he told IRN.

Sinoboom, one of several Chinese access manufacturers based in Changsha, said it will open subsidiaries in Australia and Brazil in the first half of 2011. It already has a Singapore office.

Susan Xu, Sinoboom's general manager, said the company had supplied around 20 machines to Brazil; "It is a small start, but in the future the quantity will be higher. The market there is very good." Around 35-40% of sales were exported this year but the company thinks that will increase to 50% in 2011.

Sinoboom also plans to sell to Europe and North America. It will aim to establish either a subsidiary or appoint dealers in Europe before the end of 2011, with any move into North America following in 2012. Mrs Xu said export sales would represent half of its business in 2011.

The company's currently has a 10000 m2 production facility, but is about to start construction of a new factory in Changsha. This will initially be a 66000 m2 plant, but Sinoboom said it will be further expanded in two stages to reach a production area of 180000 m2 by 2015.

Sinoboom is another Chinese manufacture that is fast-developing its product range. At bauma China is showed a new 41.6 m platform height telescopic boom and an electric 15 m articulated boom. The 41.6 m model has been developed for the massive shipyard market in China, although the first customer is actually a big state-owned Chinese contractor, China CMIIC Engineering & Construction Corp (CMIIIC), which is using it in Asia.

Chinese hoist and mast climbing work platform manufacturers are also looking outwards. GJJ, for example, is to establish an assembly facility in Dubai for hoists and tower cranes by the middle of this year. The facility will also be used as a regional base for sales and rental activities.

The company has a Middle East rental fleet numbering between 50 and 60 hoists and tower cranes, but aims to increase that in tandem with establishing the assembly operation. The Dubai facility will also act as a regional sales office and provide aftermarket support.

The new Dubai plant is part of a global expansion strategy under which GJJ hopes to increase its sales to RMB 10 billion (US$1.5 billion) within three years, with the majority of sales coming from the Chinese market.

Mr Wang Hua Long, president of GJJ, told IRN that the company needed to dramatically increase its production capacity to meet the growing demand for both tower cranes and hoists.

It will double the capacity of its three existing facilities in China and is building a new factory in Tianjin, to be completed by September 2011, that will further double the total production capacity of tower cranes and hoists.

Outside of the access sector there was plenty of evidence of investment in the Chinese market. For example, at the show Hitachi said it will invest JPY 10 billion (€90 million) over the next three years to expand its Chinese operation. The investment will be used to boost annual excavator production capacity in the country from 20000 to 30000 units, as well as to open four parts and service locations and strengthen its dealership network in the country.

Mr Akihiko Hiraoka, the recently appointed managing director of Hitachi's Chinese business, Hitachi Construction Machinery (Shanghai), told IRN that he was confident of continued growth in demand for excavators in China. "China government development initiatives are very concrete and detailed. At least another five years of infrastructure development is required."

He said Hitachi had forecast that sales of excavators in China by foreign manufacturers would reach 76000 units this year, but that the actual figure was closer to 100000. He forecast that Hitachi's excavator sales would grow by around 15% in 2011.

Meanwhile, Chinese manufacturer Shantui wants to assemble bulldozers and road equipment in India and Brazil before the end of 2011 as part of its export drive.

Mr Zhang Xiuwen, chairman of Shantui, one of the largest and fastest growing Chinese manufacturers, told IRN at bauma China that the company was currently looking for the right sites in the two countries.

Mr Zhang said Shantui could meet the demand from developing markets in Brazil, India and Russia from its existing Chinese factories, but local assembly capacity would make it much easier to meet the needs of customers.

Up to now the company has relied on ‘trading' to sell machines to export markets, but the next phase of the export push is to establish local sales subsidiaries and manufacturing facilities. Exports currently account for around 20% of sales.

Shantui also wants to sell to markets in North America and western Europe, and has just developed a hydraulic bulldozer that is targeted at these and other markets. That model, the SD10YE, was launched at bauma China and is a 74 kW, 9.1 t machine.

Mr Zhang said investment in domestic production capacity would also continue to meet growing demand from China. He said there would be "continued growth for the next five to ten years. The country is stable and the government policy [on infrastructure investment] is consistent. The demand for equipment is still very strong."

"The difference in development between the east and the west is huge, so there are very big opportunities still in the west of china."

Your next big chance to see Chinese suppliers in force will be the 2011 BICES show, taking place in Beijing on 18-21 October, 2011. Bauma China returns in November 2012. 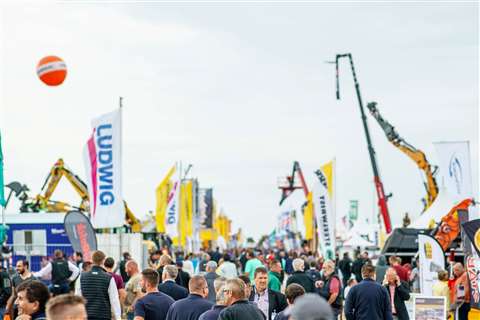 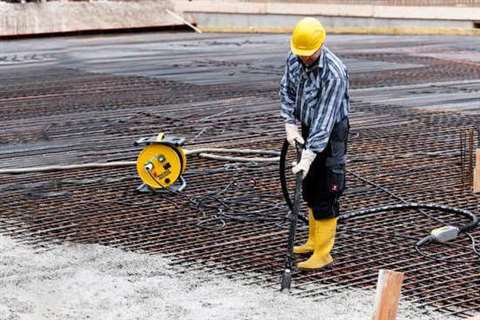