Demag has plugged a gap in its all terrain crane range with the addition of the new 80 tonne capacity AC 80-4.

The four axle crane has a 60 metre boom and sits in the range above the three axle 60 tonne AC 60 and below the four axle AC 100-4. Now Tadano and Demag are in the same stable, a look at the Tadano range shows a gap between the 70 tonne capacity ATF 70G-4 and the 100 tonners above it so the new 80 also fits well there.

AC 80-4 replaces the previous 80 tonne capacity AC 80-2, last produced in 2015. “The worldwide success that this model had, showed that there’s significant interest in a crane with this kind of lifting capacity. In fact, a large number of customers kept confirming this time and time again. That’s why we decided to add the AC 80-4 to our product portfolio in the segment of up to 100 tonnes,” said Michael Klein, product marketing manager.

By way of competition, the manufacturer said its new model’s lifting chart ”in many areas even outdoes representatives from the 90 tonne class.” Similarly, in some configurations, the new model boasts the longest reach in its class and even up to 120 tonnes, the company said.

Capacity and reach with the boom fully extended is 5.4 tonnes 14 metres radius. Extended to 50 metres, at a radius of 10 metres, it lifts 9.7 tonnes, which is 2.2 tonnes more than its next most powerful competitor, Demag said. Also unmatched, it claimed, is the line pull, at 66.9 kN, or 6.8 tonnes. Its hoist design is shared with the AC 60-3.

To increase reach there is a 6.5 metre folding main boom extension, stored with the main boom, that can be offset by 25 or 50 degrees. Capacity is 23.8 tonnes. Also available is a 1.5 metre runner with a capacity of 26.6 tonnes. It is useful for indoor lifting applications and the boom can be lowered to 3 degrees below horizontal.

Like its predecessor, the new model is also claimed as the shortest in the four axle class. It is 12.15 metres long overall on a 10.6 metre carrier. Height is a maximum of 3.85 metres and the front overhang is 1.49 metres. Michael Klein commented, “Together with its width of only 2.55 meters, our AC 80-4 is better suited for tight work sites than any other crane in its class.”

As a single engine crane the AC 80-4 is powered by a 340 kW Mercedes-Benz EU Stage V diesel in the carrier. It drives through a 12-speed Mercedes-Benz G230-12 transmission. All axles are steered and there is a choice of two or three driven axles. It shares this drivetrain with the larger AC 100-4L. Versions are available for all markets, also to meet Tier 4F and ECE-R96 emission regulations.

A new feature on the new crane is the Demag Surround View camera system. It helps the operator position the crane to maximise outrigger spread and to accommodate the tailswing of the upper structure. Klein explained, “Demag Surround View displays in the carrier cabin the different outrigger widths so the crane operator can position the crane on the construction site in order to extend all outriggers sufficiently far and ensure the required slewing radius. This reduces time-consuming measuring and trial and error when looking for a location, so that the crane can be ready for operation more quickly.”

The new AC 80-4 also has the recently introduced Demag IC-1 Plus crane control system. It calculates lifting capacity for every boom position as a function of the superstructure’s slewing angle, the company said.

For reduced exhaust emission at the point of operation the E-pack power system can be used with the new crane. It is an electro-hydraulic system with integrated mains-powered 32 kW electric motor to power up the hydraulics instead of using the crane’s diesel engine. 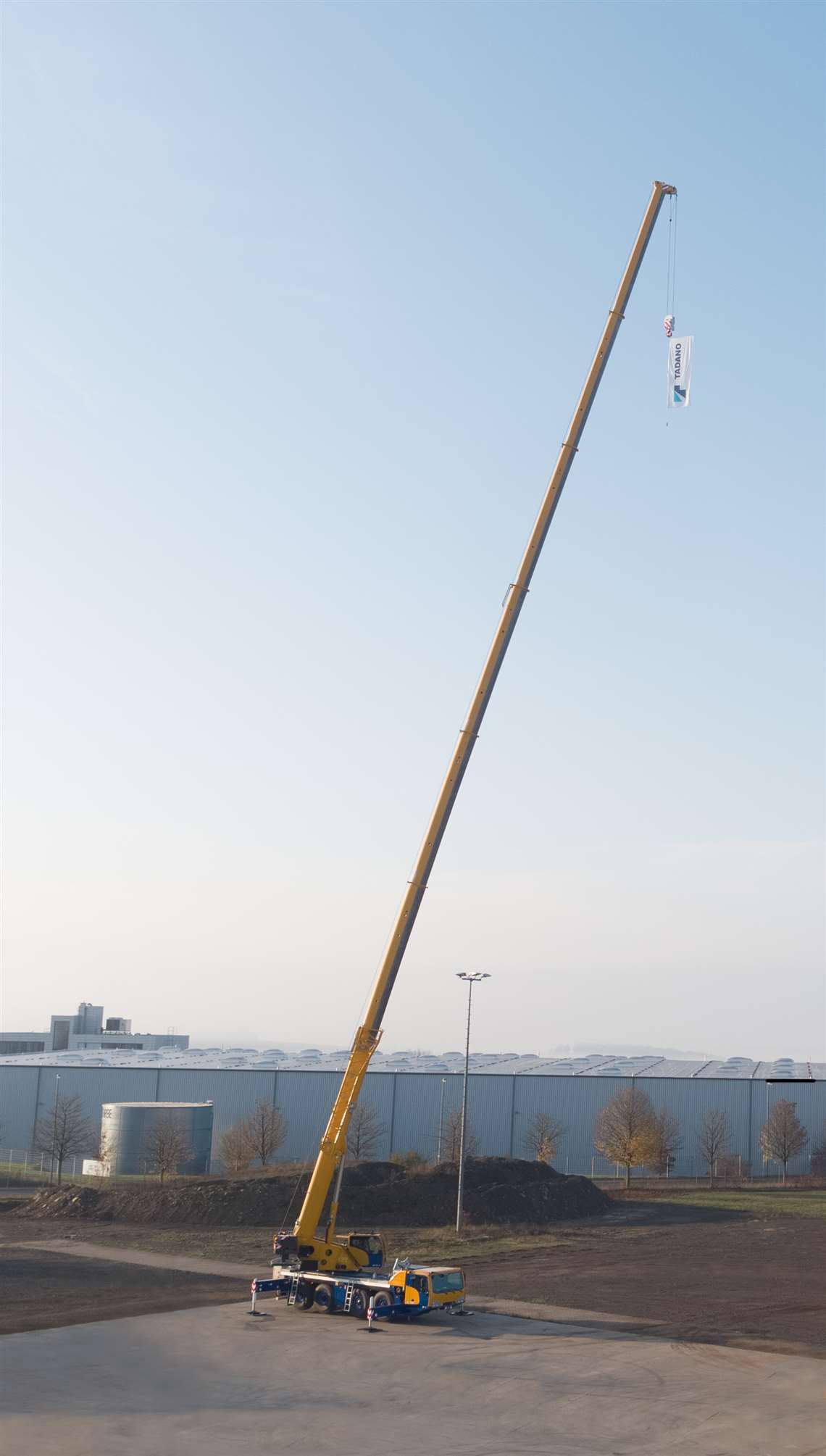