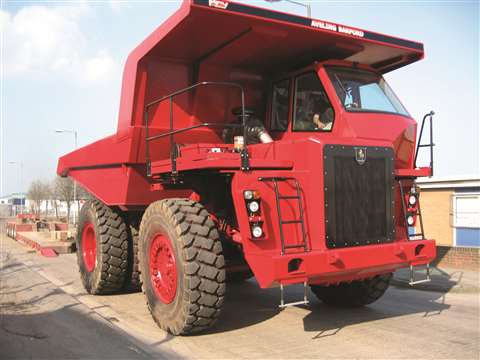 Due to go into production this year is the AB51, a rigid dumptruck design acquired by Moxy from Aveling Barford in 2005.

The AB51 will be followed by the AB76, an updated version of the Aveling Barford RD65. Jamie Thomson, Moxy Engineering's managing director, told CE, Moxy is aiming to release one new RDT every year for the next three to four years, up to a maximum capacity of 120 tons (109 tonnes).