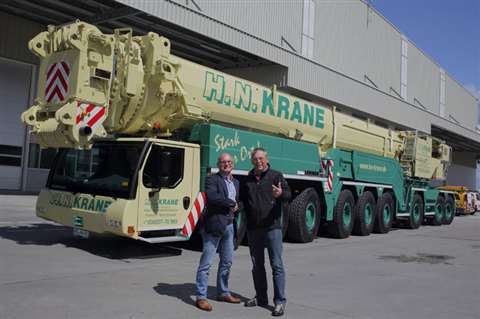 The 9-axle unit is the second LTM 1750-9.1 to be added to the H N Krane fleet. It will be used alongside the company’s LG 1750 lattice boom mobile crane for erecting wind turbines.

Mirko Schreiber, site manager large cranes at H N Krane, said, “The LTM 1750-9.1 will enable us to increase the amount of pre-assembly of wind turbines we can complete. The 750 tonne crane will also be able to carry out maintenance on the turbines.”

In addition to the order, H N Krane has also ordered a new LTM 1500-8.1 with an 84 metre telescopic boom. The new 500 tonner will also be used to service wind turbines.