New role for Eshelman at Atlas 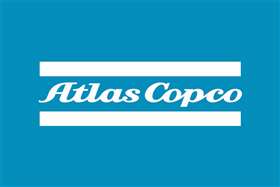 Atlas Copco’s headquarters are in Sweden

Atlas Copco has appointed Robert Eshelman as president and general manager of Atlas Copco Compressors LLC, effective February 2018. Eshelman is succeeding John Brookshire, who has decided to retire after 33 years of service within the Atlas Copco Group.

Eshelman is currently the general manager of Scales Industrial Technologies, which is part of Atlas Copco Group. Prior to that, he served as the U.S. vice president and business line manager of the Industrial Air Division for the U.S. market. Eshelman completed his undergraduate studies in engineering at the Georgia Institute of Technology and his master’s degree in business administration at Georgia State University.