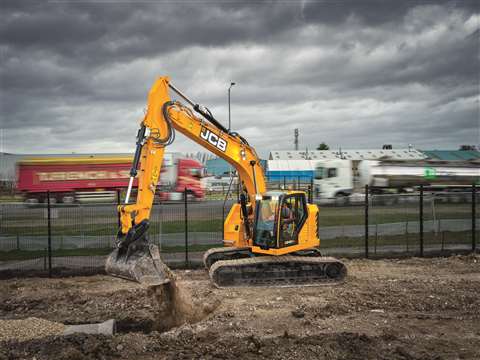 The 245XR will compete in the 22-26 tonne reduced swing market. JCB says that they have focused on operator comfort, stability, productivity, efficiency and serviceability.

There is no requirement for Exhaust Gas Recirculation (EGR) and the system has been removed from the new inlet manifold, resulting in a cleaner burning engine.

At the online launch JCB executives commented that, apart from the engine, the machine would have the same features whether it was a stage V or IV final model. They added that demand for excavators of this size class was growing.

On a more general note, the executives also noted that governments around the world investing in infrastructure alongside supply chain issues were causing longer lead times for the delivery of new equipment. JCB CEO Graeme MacDonald added that the company would, “probably not” be at Bauma 2022.