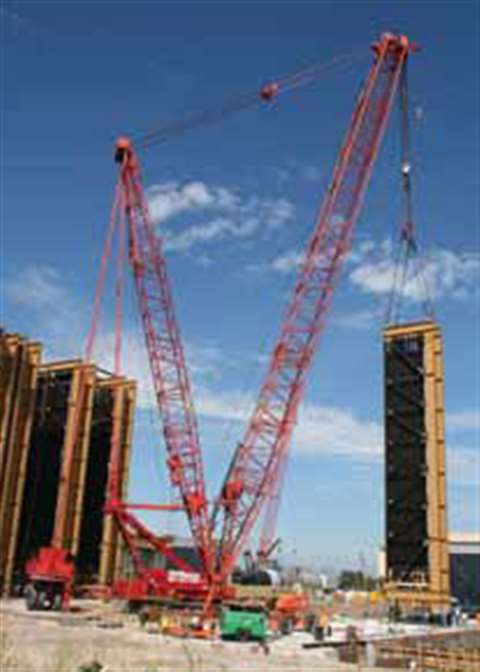 A recent project in Florida US saw Crane Rental Corporation lift and place four boiler units, each made up of 10 modules.

The job began for CRC when the modules were delivered to the power plant, on the central west coast of Florida, by ship. The ship's cranes were used to lift the modules, manufactured in Korea, onto stands in the lay-down yard ready for CRC to transport them to their final position.

A Kenworth prime mover and a 15 line Goldhofer hydraulic platform trailer were used for the one-mile transfer, before lowering them onto beams.

According to Crane Rental Corporation, it took about 45 minutes to lift, stand and place each module.