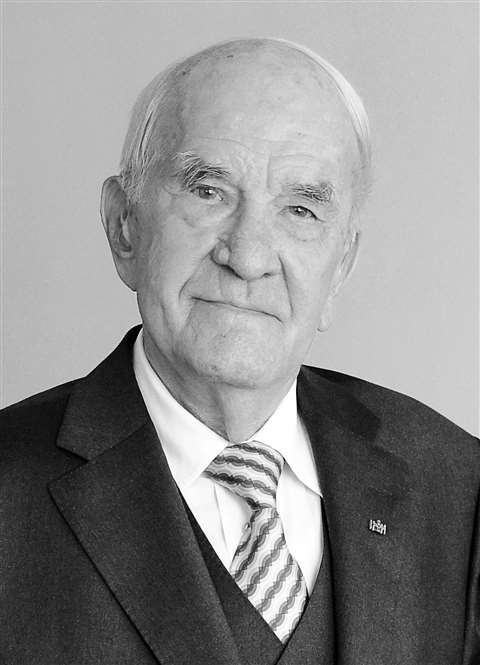 ICST regrets to report the death, at 93, of Otto Rettenmaier, founder and shareholder of Transporter Industry International (TII) Group in Germany.

Rettenmaier was a multi-award-winning industrialist, holder of the Federal Cross of Merit First Class of Germany, Senator e. h. of the University of Stuttgart-Hohenheim and a patron of the arts. TII Group includes Scheuerle Fahrzeugfabrik, Nicolas Industrie and Kamag Transporttechnik, plus TII India.

In 1988 the entrepreneurial Rettenmaier acquired specialized transport equipment manufacturer Scheuerle “out of technical fascination,” laying the foundation for the TII Group. Acquisitions the followed, in 1995 of Nicolas Industrie in France and then Germany’s Kamag Transporttechnik in 2004. Indian subsidiary TII India, founded in 1995, was also later acquired.

He was born in 1926 in the Swabian town of Holzmühle near Ellwangen. After studying business administration at the Technical University of Stuttgart, he joined his parents’ company, Faserstoffwerke J. Rettenmaier & Söhne (JRS), in 1950. He and his elder brother developed JRS into a world market leader.

With his wife Lore, Otto Rettenmaier had two daughters and a son. Daughter Susanne manages the family holding company as managing partner with a board of directors.

The fostering and funding of social, cultural and community projects was important to Rettenmaier. He supported cultural, social and scientific projects and institutions, including the Heilbronn University of Applied Sciences and the University of Stuttgart-Hohenheim. He was appointed an honorary senator in 1984 and awarded the University Medal in Gold in 2014, which has rarely been awarded since the university was founded.