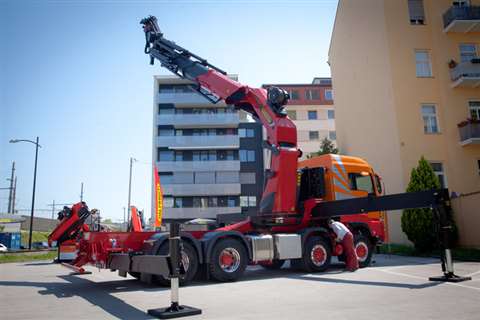 Herbert Ortner, Palfinger Group chief executive officer, commented, “We owe this satisfactory growth to the consistent implementation of our strategy: We have been increasingly successful on international markets such as North America, Russia and China, and at the same time have expanded our strong position in Europe, not least due to our innovative products and services. Good capacity utilisation and, in particular, the consistent enhancement of flexibility at all sites have allowed EBIT to keep pace with revenue growth, even in an uncertain and volatile economic environment characterised by low visibility.”

Growth in the loader crane business in Europe was achieved primarily in Austria, Czech Republic, Denmark, Great Britain, Netherlands and Sweden, the manufacturer said. Strong growth was also recorded in Africa and Australia. Against that, however, revenue declined in Belgium, France and Germany, as did exports to Russia. Major growth, albeit from an extremely low level, was recorded in South European countries, the company said.

In North America, revenue in euros increased 40 %, around a third of it from organic growth and the remainder from the appreciation of the US dollar. In South America market volume shrank by around 20 % due to the weak economy, the company said.

In Russia/CIS growth in revenue and market share of the timber crane business was attributed to the 2014 acquisition of PM-Group Lifting Machines. In the Asia Pacific region growth was largely from the co-operation with Chinese manufacturer Sany.

In outlook, despite widespread economic problems and political tension, the company forecasts revenue growth around 10 % and “satisfactory” earnings. Ortner is optimistic, “We expect a continuation of this growth in the second half of 2015 and believe that we are on the right track for achieving revenue of €1.8 billion [$1.97 billion] in 2017."