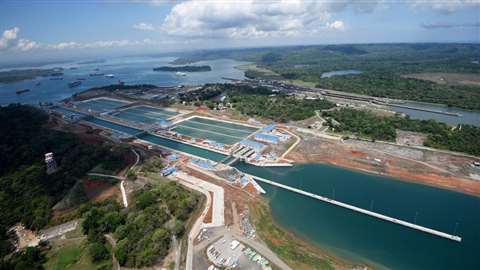 A Spanish-led consortium responsible for constructing the third set of locks in the Panama Canal Expansion project has been told by an international arbitration panel to repay US$847 million.

The ruling from the Miami-based tribunal, which is part of the International Chamber of Commerce (ICC), stems from a long-running dispute between the Panama Canal Authority (APC) and The Grupo Unidos por el Canal (GUPC) consortium, which is led by Sacyr Vallehermoso of Spain, alongside Salini Impregilo of Italy, Jan De Nul of Belgium and Constructura Urbana of Panama.

The two bodies were in disagreement about cost overruns for the construction of the locks for the waterway, which were completed in 2016.

Salini Impregilo does not expect its portion of the payment to come to more than US$334 million. In a statement, the company said it will be repaying US$217 million worth of advance payments made by the Panama Canal Authority immediately from its available cash resources.

The repayment of a further US$117 million in advanced payments and relating to variation orders depends on a decision by a London court, whose hearing is set for March 2019.

These amounts were said to have been accounted for already on GUPC’s balance sheet as well as in Salini Impregilo’s annual report for 2017.