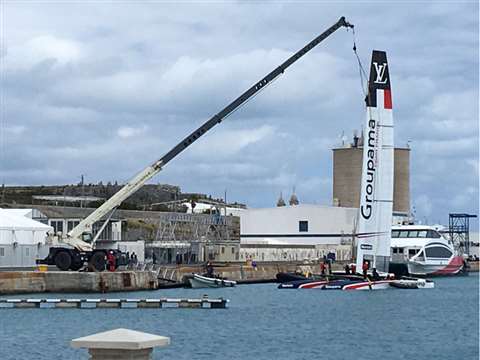 Bermuda-based Correia Construction Company has rented a number of cranes from US crane dealer Empire Crane Company in order to lower yachts into the water for the forthcoming America’s Cup yacht race.

The prestigious yacht race will take place in Bermuda between 26 May to 26 June and will involve teams from the USA, Sweden, New Zealand, France, Britain, and Japan. The teams have already started arriving on the island and, so far, the Correia Contruction Company has used a 2015 Terex HC110 to lift Team Japan’s yacht and a 2015 Terex RT780 to lift the yacht for Team France.