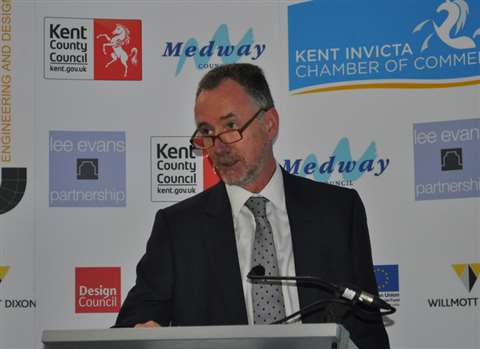 Plans for the UK£2 billion (€2.5 billion) Paramount Entertainment resort at Swanscombe, UK have taken a step closer after initial government approval has been granted.

Developers behind the Disney-style site aim to make it the “best entertainment attraction in Europe” and believe it will deliver a range of economic benefits.

Its facilities will include a centrepiece theme park attraction linked to Paramount and based around some of the movie studio’s biggest blockbuster films.

In addition, there will a water park, sporting facilities and hotel accommodation for 5,000 visitors.

The project is set to border another high-profile project, Ebbsfleet garden city, which centres on plans for 15,000 new homes. Crucially, both developments would have access to the HS1 high-speed rail service to London.

Mr Dunphy described the development as a “game changing project” that will offer construction and employment opportunities as a major tourism destination.

He said, “Paramount resort has been accepted as a nationally important infrastructure project and we are expecting the scheme to gain full planning permission next year.

“This is very much intended as a resort rather than a day-visitor attraction. There will be the theme park, but we will also have a number of entertainment facilities including cinemas, theatre and dining around the site.

“There will also be a water park and a creative industries hub - which we hope will become a centre of excellence for businesses.”

The director responded to concerns on the need for urgent infrastructure improvements in tandem with the site’s development, highlighting the issue as a core priority for the company.

He confirmed the park would create up to 17,000 on-site jobs, bolstered by 10,000 further roles to be created in the wider economy through supply services.

The resort is expected to generate peak footfall of more than 15 million visitors a year following its planned opening in Easter, 2020.