Plenty of options: telehandler attachments under the spotlight 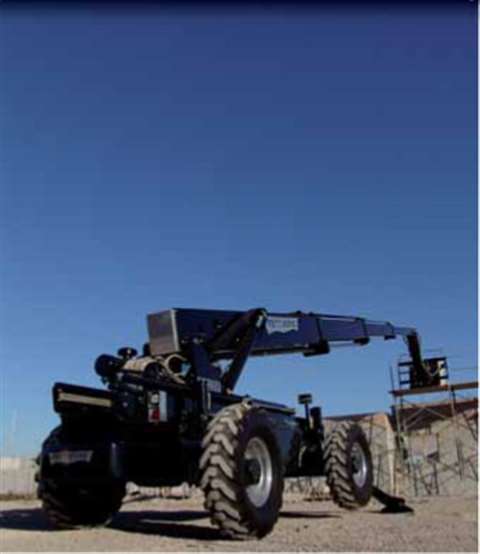 ALH provides an overview of the many telehandler attachments available from manufacturers and how these provide new ways to utilize your machines.

One reason telehandlers are so widely used is their versatility, which may be attributed to the plethora of attachments that go along with them. The wide range of differing attachments has allowed the telescopic handler to be used in other markets beyond construction. Grapples, buckets, truss booms and lift hooks are among the attachments that can be used in construction, agricultural, landscaping and municipal work. The number of applications will undoubtedly grow as end users find new ways to use the equipment.

The manufacturers typically have their own respective attach systems. Not all attachments are universal and can be used interchangeably. Some have different sizes per range of machine and the manufacturers caution end users to always be aware of pairing an attachment with different-sized models.

The consensus for the most part is that the standard forks and carriage is the most widely used attachment on a telehandler. “Carriages and forks are by far the most commonly used attachments,” says Steve Kirst, Mustang's product manager, telehandlers. “However buckets, truss booms and grapples are in a tight battle for second through fourth in popularity.”

Kirst names three of Mustang's recent attachments. For its smaller-sized telehandler model 519 there is a new Side Shifting Carriage that hydraulically shifts up to 4 inches right or left of center (8 inches total). “This feature is handy should the operator misjudge the position of the load or landing area. Rather than repositioning the machine, the carriage can simply be shifted a few inches to complete the task at hand,” Kirst says.

For personal work baskets, one of the company's different options is its 180-Degree Swing Work Platform that allows a worker to swing or adjust the location of the basket to a comfortable and safe working position, even though the telehandler may not be able to position itself correctly due to situations on the ground.

According to Pettibone's Product Manager Dan Blondeau, side-tilt carriages are the most common type of attachments used on its handlers. Currently, the company offers three different types (fork carriages, truss booms, and utility buckets) and Blondeau says the company is looking at several different attachments for its machines and is working with dealers to find the “right mix.”

Genie offers a total of 63 different attachments in addition to its standard fork carriages, including rotating fork carriages, swing carriages, truss booms, buckets and more. According to its Product Manager Luke Webber, any new attachments will be driven by customer demand, but the company is “always open to suggestions.”

The last attachment released from Ontario's Load Lifter Manufacturing was a hydraulic fork positioner. According to Dave Tughan, its operations manager, this design enables the standard carriage fork to be utilized, but allows the machine operator to position the forks without leaving the cab seat. “With this fork positioner, we also combined it with a leveling carriage. This allows the operator to maintain proper fork alignment on wherever he is dropping the skid or pallet,” he says, adding its most popular attachment is a utility bucket for clean-up.

Load Lifter offers a series of framer carriages from 60 to 96 inches for its handler machines (the company also manufacturers straight-mast machines). These carriages use a floating fork design that allows for improved loading and unloading of pallets on uneven surfaces, says Tughan. The company also offers masonry carriages in 48 and 54 inches that can handle skidless pallets or cement blocks, and it offers a full range of buckets, jibs and related products.

“Our whole concept is the fact you are able to turn one piece of equipment into a whole fleet of equipment. That is the advantage to the owner because he gets more use out of the equipment. And, you don't have to train operators for all these attachments. We feel the handler is the first and last to leave, and this is because of all the attachments available for the machine,” says Kelly.

However, it could be argued on Kelly's point that operators need not to be trained on the attachments. As Ryan Ford, product specialist with Manitou North America, says, “We always caution people to use the correct attachment and use the right machines.” As an example, he says he always cautions customers that place loader buckets on telehandlers, saying the machine is designed to move light-duty work, not heavy duty. “It's not designed to dig a mountain. The telehandler will never completely replace a loader,” he says.

One contributing factor to why 2006 was such a strong year for the market was the hurricanes that hit Louisiana and Mississippi. Ford says that during post-Katrina, suppliers had a difficult time keeping up with demand for both handlers and attachments. Grapples were the heaviest in demand as they served as the ideal tool for the debris clean up.

“We sold every grapple available, but some of those shouldn't have been sold into those applications. People ended up damaging the attachments themselves,” Ford says.

This highlights the importance of knowing the product and properly matching the right machine with the right application. Manufacturers encourage customers to ask questions in order to become more familiar with the products – so take advantage of it.