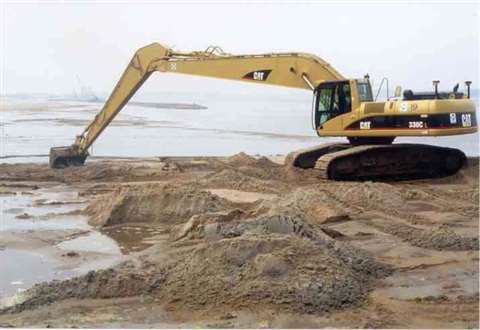 After more than 20 years of relying on the us military's network of satellites, gps users are about to get an alternative, civilian scheme in the shape of europe's galileo global navigation system. The network of 30 satellites is expected to be operational in 2008, and promises to be compatible with the us system, giving users a truly global system.

In july 2004 the eu and us concluded an agreement regarding the use and proliferation of the galileo and gps satellite systems. The agreement, signed by transport commissioner loyola de palacio and us secretary of state colin powell, will allow each system to work alongside the other without interfering with its counterpart's signals.

According to ms de palacio, “this agreement will allow galileo to become the world standard for civil and commercial use of satellite navigation; it will offer the best possible level of services to all users”.

After more than four years of intensive talks, the agreement confirms that the services will be fully compatible and interoperable and makes the joint use of gps and galileo and the manufacturing of equipment much easier and cheaper.

The agreement represents a major asset for the business case of the future galileo operator expected to finance at least two-thirds of the deployment of the system (€1.4 billion), one-third being financed by the public sector (€700 million). Such promising prospects will intensify the competition between the eurely consortium (alcatel, finmeccanica, vinci networks and capgemini) and the inavsat consortium (inmarsat group holdings, thales and the european aeronautic defence and space company (eads) space), are the preferred bidders for the concession to operate the system. The result of this competition, which is run by the galileo joint undertaking (gju), the programme's management-arm, should be known in early 2005.

The agreement also allows the last system specifications to be set, a crucial aspect to its operation. After the current development phase (two satellites under construction will be launched by the end of 2005 and two shortly after), the deployment of the remaining 24 satellites and related ground stations is expected to be complete by 2008, when the system should become fully operational.

In the meantime, there are many new construction related gps products available in europe. Trimble's new version of its sitevision gps machine control system, is designed to enhance the performance of excavators with tilt-bucket attachments. It uses dual gps antennas to compute the position of the machine blade or bucket.

An on-board computer then determines the position of each tip of the blade or bucket and compares these positions to a design elevation. It then computes the cut or fill to grade. This information is displayed on the in-cab screen, and the cut/fill data is used to drive the valves for automatic blade control or passed to the sitevision lightbars which guide the operator up or down for grade and right or left of a defined alignment.

Also new is the millimeter-gps system from topcon europe. Described by the company as the world's first gps+ real time kinetic (rtk) solution for surveying, construction and machine control with millimeter elevation accuracy it uses a standard base and rover gps+ set in conjunction with a laserzone pzl-1 transmitter or topcon pzs-1 receiver fitted to the pole.

Using the topcon pzs-1 receiver on the gps+ survey pole, or the pzs-mc receiver on a gps+ equipped machine like a dozer or grader, elevation accuracies at millimetre level can be achieved, instead of the standard gps level of +/- 10 to 30 mm.

According to the company, unlike a standard rotating laser, which only works in a flat horizontal or tilted plane, the pzl-1 laserzone transmits a revolutionary ‘wide beam’ laser signal, that creates a vertical working area of around 10 m within a range of 600 m. Any receiver within this range can then calculate it's elevation. As one receiver can simultaneously recognize four different transmitters, a total area of 2,4 km can be covered.

The system can also be used with the company's hiper series of gps+ receivers by adding a pzs-1 laserzone receiver on the pole. In this way it increases the number of applications gps can be set for.

Also new from thales is its mobilemapper beacon, a fully integrated wearable beacon module that delivers reliable real-time dgps corrections for receivers for gis data collection. For receivers for gis data collection. It provides access to standard rtcm sc-104 beacon corrections and delivers them to the thales mobilemapper ce data collector via a bluetooth wireless connection. The result, says the company, is significantly improved positioning accuracy, less than 1 m, without the need for post processing.

Powered by 4 aa batteries, it weighs just 530 g, including batteries, is extremely rugged and simple to configure.