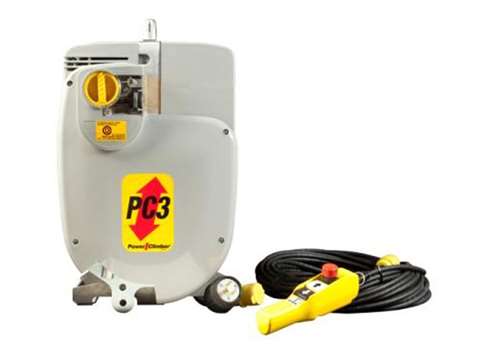 Power Climber, a division of SafeWorks, has launched a new version of its PC3 traction hoist.

The company says the new and improved PC3 is safer, smarter and stronger. Power Climber also states that electrical issues are solved in less than five minutes by simply changing the motherboard, and annual service takes less than one hour, lowering the total cost of ownership.

“After nearly a decade in the market, we have improved the PC3’s design and features based specifically on our customers’ valuable feedback, offering a product that is now better than ever,” said Mike Russell, national sales director, Power Climber.