JLG’s sales increased 6.4% in the second quarter of its 2019 financial year, to $987.6 million. The rise was a result of greater sales volume and higher pricing in response to material costs, notably steel, following the well-documented tariffs. The company said sales grew in all regions in the second quarter, led by the Pacific Rim. 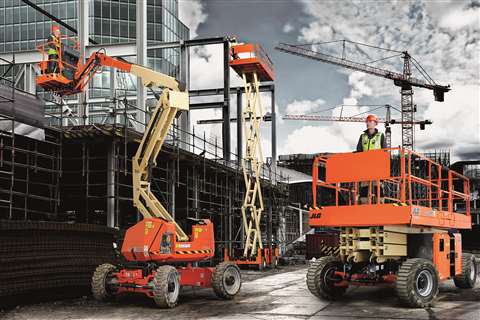 Sales of telehandlers was the primary reason for the overall revenue increase, with the product type bringing in $319.5 million, during the quarter, up from $234.9 million in the same period in 2018. Sales of mewps on the other hand, were down slightly at $463.5 million, compared to $487.2 million.

Operating income in the second quarter increased 22.7% to $119.8 million, or 12.1% of sales, compared to $97.6 million, or 10.5% of sales, in the second quarter of 2018. The increase in due to improved pricing, higher sales volume and the absence of restructuring-related expenses and operational efficiencies, including fewer supplier disruptions. This was offset in part by higher material costs, add ed the company.

Wilson Jones, president and CEO of Oshkosh, JLG’s parent company, said, “We are pleased to report another quarter of strong performance highlighted by growth in revenue, operating income and earnings per share. We delivered increased sales in three of our four segments.”