The group chief executive of UK-based contractor Carillion has quit, as the company issued a profit warning in its first-half trading update.

The group highlighted a deterioration in cash flows on a select number of construction contracts.

Philip Green, non-executive chairman, said, “Despite making progress against the strategic priorities we set out in our 2016 results announcement in March, average net borrowing has increased above the level we expected, which means that we will no longer be able to meet our target of reducing leverage for the full year.

“We have therefore concluded that we must take immediate action to accelerate the reduction in average net borrowing and are announcing a comprehensive programme of measures to address that, aimed at generating significant cash flow in the short-term.”

He added that the group was also announcing that it would be undertaking a thorough review of the business and the capital structure, and the options available to optimise value for the benefit of shareholders.

“We will update the market on the progress of the review at our interim results in September,” he said.

Howson will stay with the group for up to a year “to support the transition”, said Green. 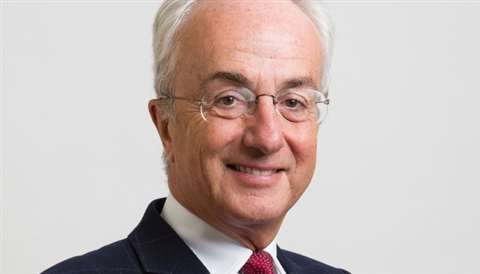 First half revenue at Carillion was said to be expected to be similar to 2016, at approximately £2.5 billion (€2.83 billion).

Operating profit for the period was said to be lower than expected, primarily as a result of phasing of public-private partnerships (PPP) equity disposals, which were now expected to be in the second half of the year.

Carillion said that progress had been made against strategic objectives set out in its full-year results, with cost reduction underway and the disposal of 50% of the economic interest in its business in Oman – Carillion Alawi – for an immediate cash consideration of £12.8 million (€14.50 million).

The deterioration in cash flows on a number of construction contracts has led the board to undertake an enhanced review of all of the group’s material contracts, with the support of accountants KPMG and its contracts specialists, as part of the new group finance director’s wider balance sheet review.

It said that as a result of the enhanced contracts review and the strategic actions it was taking, reflecting difficult markets and exits from certain territories, Carillion was issuing revised full-year guidance, with revenue now expected to be between £4.8 billion and £5.0 billion (€5.55 billion and €5.67 billion), with overall performance expected to be below management’s previous expectations.

These will include disposals to leave non-core markets and geographies to raise up to a further £125 million (€141.69 million) in the next 12 months. This figure includes the Carillion Alawi deal.

Carillion added that further annual cost savings were to be quantified as part of the strategic and operational review.

The board is undertaking a comprehensive review of the business and the capital structure, and it said that all options to optimise value for the benefit of shareholders would be under consideration.

It said that significant actions had already been taken to reposition the business, and it would be exiting from construction PPP projects, as well as leaving construction markets in Qatar, the Kingdom of Saudi Arabia and Egypt.

The group will be undertaking future construction work only on a highly selective basis and via lower-risk procurement routes, it said.