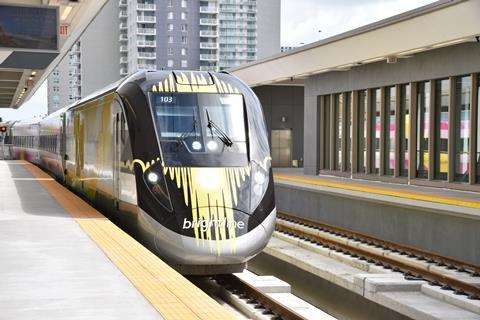 The proposed high-speed rail route between Las Vegas and California in the US moved a step closer after the California Department of Transportation entered in a lease agreement allowing XpressWest to use existing State right-of-way along Interstate 15 for a high-speed passenger rail service.

In total the route will be 274km in length and it is expected to take 85 minutes to get from southern California to Las Vegas, Nevada. The trains will travel at speeds of up to 321km per hour.

Breaking ground is expected in the second half of 2020 with construction to be completed and trains running towards the end of 2023.

According to XpressWest, a subsidiary of Virgin Trains USA, up to 30,000 construction jobs will be created by the project and the economic impact could be up to US$6 billion.

Three million cars could be removed from the roads due to people instead taking the train, reducing traffic congestion and emissions.

Sarah Watterson, chief development officer for XpressWest, said, “At every stage of this project we have received tremendous support from California, which recognises the need for car-free, emission-free transportation options.”

The project has an interesting history - it was abandoned in 2016 before being resurrected in 2018. The US has a very limited number of high-speed railway lines in operation.