Qingdao Scaffolding is China’s biggest manufacturer of scaffolding systems for the export market. Owner Jack Zhang talks about its plans 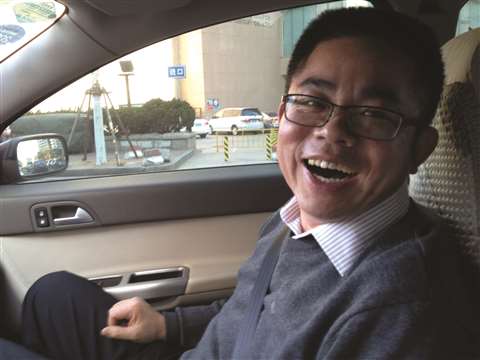 Qingdao Scaffolding is China’s biggest manufacturer of scaffolding systems for the export market. Euan Youdale spoke to the company’s managing director and owner Jack Zhang about its plans.

Expansion is on the horizon at Qingdao Scaffolding Co. Ltd, as the company looks to sell its products outside of its main market Europe. Some 70% of its products are currently sold in Northern Europe, where its subsidiaries in Sweden and the Netherlands, as well as offices in Germany and France, reflect where the company’s main markets are. It also has a subsidiary in Australia, another of its major markets, but produces all its products for the worldwide market in China.

Qingdao mainly sells QS round systems, also known as ringlock systems in Europe, but also produces the cuplock system. In addition, the company is a big supplier of scaffolding tubes and scaffolding couplers – the latter being manufactured by the company, while the tubes are bought in. Unsurprisingly, the company, based in QingDao, between Beijing and Shanghai, is finding considerably less sales in countries like Italy, Greece, Spain and Ireland which have been hit hardest by the economic conditions.

Mr Zhang has been in the scaffolding industry for 18 years, first starting the Qingdao Metals Trading Co. Ltd, in the 1995 and then in 2003, changing the company name to Qingdao Scaffolding. Qingdao now boasts a US$30 million a year turnover, although that shrunk from $51 million before the recession hit in 2008. However, sales are on the upturn and Mr Zhang expects to increase turnover to $36 - $38 million in the next financial year. Qingdao has also set up a new formwork division that will concentrate on the Chinese market.

“We are focusing on the high quality scaffolding systems, and in China the market share is very little, maybe 5%, they tend to use couplers and tubes and in some southern parts of China they use bamboo scaffolding. “The scaffolding systems used in the UK, like the cuplock system, or the ringlock system in Germany, are more efficient and faster, but the systems are more expensive.

“Even the more expensive scaffolding sold in China is made with different material, so ours would be double the price there because we only use top quality steel.” Australia is also a big market, while North America sees less sales, with Qingdao’s competitors, based in Southern China, taking a higher market share there.

“There are other scaffolding companies in China concentrating on export, but not the same markets. There are other companies in China focusing on the American market. “Scaffolding systems in Europe and the United States are not the same. We can say in Europe more customers use ringlock systems, but in the US more customers use steel frame systems.”

The next market on the hit list is South America, although this will be restricted to sales and service offices.“Brazil, Mexico and Argentina have great potential, especially Brazil. At the moment we only have customers in those three countries, we don’t have a branch or warehouse there, but we are trying to develop step-by-step.”

Whatever the growth level found in various parts of the world, manufacturing in the short term will stay in China. “We have no plans in the next five years to manufacture outside of China, although we will establish sales offices and warehouses in other countries.

“During the next seven to eight years, the labour cost and experience in China will still mean it is competitive to manufacture there. In alternatives like Vietnam and Cambodia, they may have lower labour costs, but they do not have the 15 years’ experience they have here for, say, the cuplock system - that is very important. But I think it may be possible to manufacture in other countries in the future.”

Following that seven to eight year period, however, Mr Zhang thinks there could be some major changes as far as manufacturing bases are concerned. In recent years India has been a major competitor to China for scaffolding manufacturing, but China has taken the advantage over the last half decade. “We are a big competitor to India, although India discovered scaffolding earlier than China. Now China has overtaken and it is number one, with India being number two in Asia.”

“We came to Europe much earlier than other suppliers,” explains Mr Zhang, “You need to follow tough certification in Europe for scaffolding and in 2010 we spent €160000 to certify our ringlock system to European standards in Sweden. We are the only company in China to have this certificate.”

For scaffolding the company’s ambitions will remain in export. “We don’t have the strategy for scaffolding in the Chinese market, but in October we launched the Green Formwork system which we will sell in China.”

“In China it is a little too early for scaffolding systems like ringlock system. It may take seven or eight years before we sell those in the Chinese market. But as the labour cost gets more expensive there will be step-by-step change.” In the future, there is growth potential in north and South Africa, as well as former Soviet Union countries, he says.

Talking about specific products, Mr Zhang adds, “The ringlock system will be the biggest scaffolding system, I think it is taking the number one place if you consider different countries and markets overall, but specifically in Europe.”