Question of the month: Credit conditions 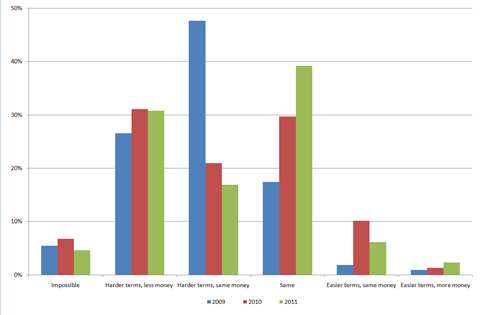 How difficult is it to raise credit compared to a year ago?

In other words, the credit situation may not be getting any worse, but it's not getting any better either.