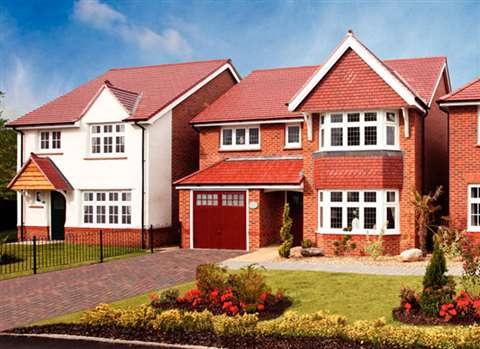 Redrow Homes properties in the UK

Among the main factors behind its improved performance has been the UK government’s help-to-buy scheme, designed to kick-start the housing market with favourable mortgage terms for first-time buyers.

This segment produced 35% of Redrow’s home completions, as its average property asking prices rose to £239,500 – representing a 13% year-on-year increase.

Chairman Steve Morgan believed the record turnover and profits were a fitting way to mark the company’s 40th anniversary.

He said, “The number of homes we built has increased by 27% and as a consequence of this ongoing growth, the number of people we employ has risen by 21%. While this is clear evidence of the success of our strategy it also shows the positive impact of the government’s help-to-buy scheme.

“Market conditions have returned to a more seasonal pattern of activity. We have substantially increased our land bank, which should see a good growth in the number of outlets during the year. This, combined with our strong order book, leaves me confident that the group will see another year of significant progress.”