The economic outlook in North Africa has improved recently due to increasing oil prices, a more stable political situation and some large-scale infrastructure projects. For the purposes of this article North Africa is defined as: Egypt, Libya, Morocco and Tunisia. 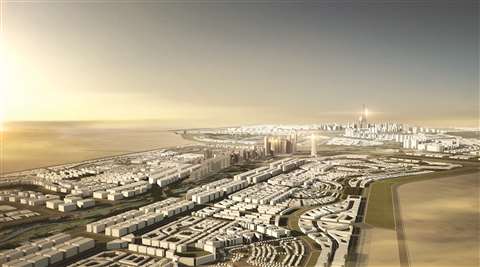 According to the North Africa Economic Outlook for 2018, published by the African Development Bank, Real Gross Domestic (GDP) in 2017 in the region was 4.9%, up from 2016’s 3.3%. However, it is worth noting that this figure is influenced heavily by Libya’s better than expected performance due to increased production and export of oil.

Looking ahead, data from IHS Global Insights predicts that construction in the North Africa region will enjoy solid growth for 2019 and beyond.

The performance of the region rests heavily on Egypt, traditionally the powerhouse of the region. Indeed, a recent report by GlobalData which predicted the location of the world’s mega-cities (a city with a population in excess of ten million people) by 2025 had only one African city on the list, Cairo. Information provided by the Oxford Business Group suggests that the population of Egypt will soon be over 100 million.

As of early 2018 just over 43% of the Egyptian population lived in urban areas, but this is growing at 1.8% each year and is likely to be further boosted by plans for new cities. With such growth, there is substantial demand for housing.

It is not only the need for housing that will provide an impetus  for new projects. The same population pressure that has created high housing requirements has also placed a burden on a wide variety of national and local infrastructure. For example, there are reported to be US$117 billion worth of power related projects in the Egyptian construction pipeline and $57.4 billion worth of transport projects.

One of the construction projects currently underway in Egypt is the 65,000m² Grand Egyptian museum, being built at an estimated cost of $1 billion.

The new museum will house 100,000 artefacts, making it the world’s largest museum dedicated to the heritage of one civilisation. 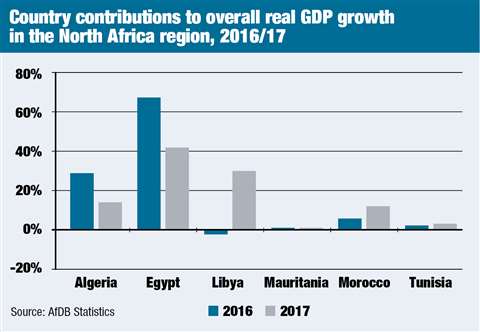 The graph shows the strength of Egypt

Almost 6,000 workers are involved in the construction of the museum, and officials hope that it will help to boost tourism. It is scheduled to open before the end of the year.

One of the largest construction projects in the country is the Egyptian Refinery Company (ERC) a $4.3 billion facility that, when it comes online later this year, is said to be capable of producing 4.7 million tonnes of refined oil products and derivates a year. It is hoped that is will reduce the country’s reliance on imported diesel by up to 40%.

During the peak of construction there were 18,000 construction workers on the project which involved 25,000 tonnes of steel, 130,000m² of poured concrete and 3km of cabling. The project is the largest public-private-partnership (PPP) project in Africa.

Elsewhere, a concrete solution that is said to be unique to the Egyptian market has been used on the Iconic Tower by Swiss-based building materials manufacturer LafargeHolcim.

The cement solution is said to have higher slag contents to meet the contractor’s specifications and provides an extended lifetime of more than 100 years thanks to its higher durability and strength, essential for a structure of this size and weight.

LafargeHolcim was the exclusive cement supplier for the tower’s base construction work. Earlier this year it poured concrete nonstop for 48 hours, said to be the country’s longest-ever concrete pour. 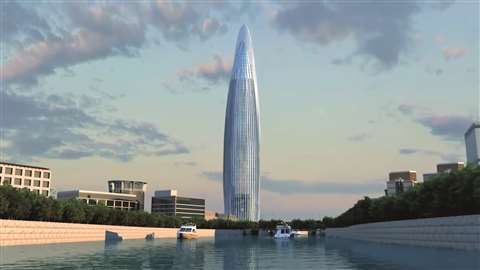 When complete the tower will be 385m in height, making it the highest tower in Africa. The tower will be just one element of Egypt’s new administrative capital, which is being built 45km to the east of Cairo.

LafargeHolcim is also engaged in several other projects in the building of the new capital.

One of the key projects in Egypt – and indeed in North Africa – is the Egyptian government’s plan to build a new administrative capital approximately 700km² in size to the east of Cairo, as mentioned previously. The plan is to draw seven million people out of the capital, which is suffering from severe overpopulation and congestion.

However, this grand plan has not been without problems. The Egyptian government initially sought to fund the new city – at least partially – through investment, but after arguments over the terms some of the investors pulled out, leaving the Egyptian government to turn to loans, largely secured from China. For example, earlier on this year the government borrowed $1.2 billion from China to construct a 68km electrified railway from the new city to the outskirts of Cairo.

In January 2019, Egyptian media reported that the government had now worked up a plan to relocate 51,000 government workers in 31 ministries to the new capital in 2020. 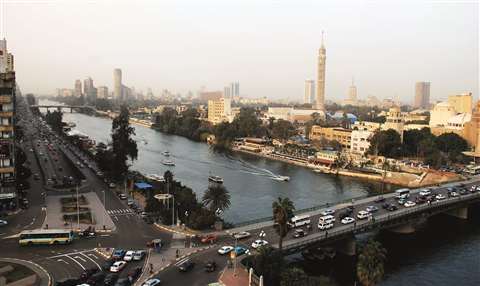 The urban population in Egypt’s cities, such as Cairo, are growing quickly

The first stage of the new capital was expected to be finished by 2020, but it is unclear if this deadline will be met. There is also a question mark over how much affordable housing the new city will have and about the feasibility of the plans.

Morocco, located just 14km away from Spain, has worked hard to become a strategic hub for trade and investment between Europe and Africa. In 2019 the country jumped nine places in the World Bank Ease of Doing Business Report, from 69 to 60. Morocco’s economy is the fifth largest in Africa and saw GDP growth in 2018 of 3%.

The building will be 250m tall, which would make it one of the tallest buildings in Africa. The 55-storey building will consist of a luxury hotel, offices, residential space and an observation deck. A third of the tower’s façade will be covered with photovoltaic panels to make the building more energy efficient.

The tower will be the centrepiece of the Bouregreg Valley Development Project, which is itself part of the ‘Rabat City of Light’ project which aims to boost the city’s cultural profile.

Work is due to start in November and completion is expected in May 2022.

Elsewhere in Morocco, Vinci Construction, as leader of a joint venture with the Andritz Hydro electromechanical company, has won the contract to build the Abdelmoumen pumped storage hydroelectric plant (PSP) located 70km from Agadir, Morocco.

The €284 million ($338 million) pumped-storage scheme is part of the plan to develop and integrate renewable energies in Morocco. The contract covers construction surveys, civil engineering works, supply of materials and pumping equipment, assembly, testing and commissioning.

The civil engineering works to be carried out include earthworks for two reservoirs, excavation for the powerhouse to be embedded in the slope, and installation of the penstock pipe over a distance of 3 km, including 1km underground.

New roads will be built and several others will be refurbished to provide access to the facilities, during construction and operation of the future site.

A total of 840 people will be recruited for the 48-month project, including 780 to be hired locally. 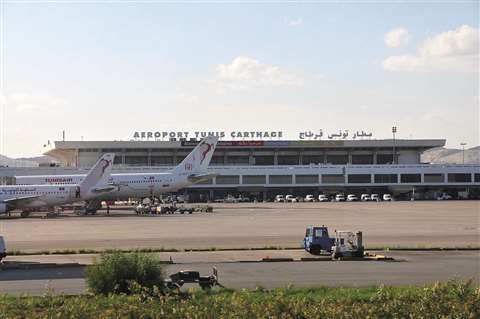 Tunis-Carthage International Airport is to be redeveloped

Construction activity has picked up recently in Tunisia. According to the report, ‘Construction in Tunisia – key trends and opportunities to 2023’, the construction industry grew by 1% in 2018 following a contraction of 1.8% in 2017. It is predicted to continue to expand between now and 2023.

Loans and foreign investment have played a key role in this growth. For example, in April 2018, the government signed an agreement worth TND4.2 billion ($1.6 billion) with the Islamic Development Bank to support the development of electricity transmission projects, hospitals construction and enhancing trade activities in the country.

Airport infrastructure improvement is on the agenda in Tunisia, with the current redevelopment of Tunis-Carthage International Airport, the main airport of Tunisia, located in the northern suburbs of Tunis. It was also recently reported that a new airport is to be built in the country by the year 2030. At an estimated cost of $840 million, the new civilian airport will be the tenth in the North African country.