Revenues up, profits down for Wacker

While revenues have continued to grow, Wacker Neuson’s profitability suffered slightly in the third quarter of 2019.

Revenues grew by 12% compared to the third quarter of 2018, reaching €467 million, with all three of Wacker’s reporting regions performing well. 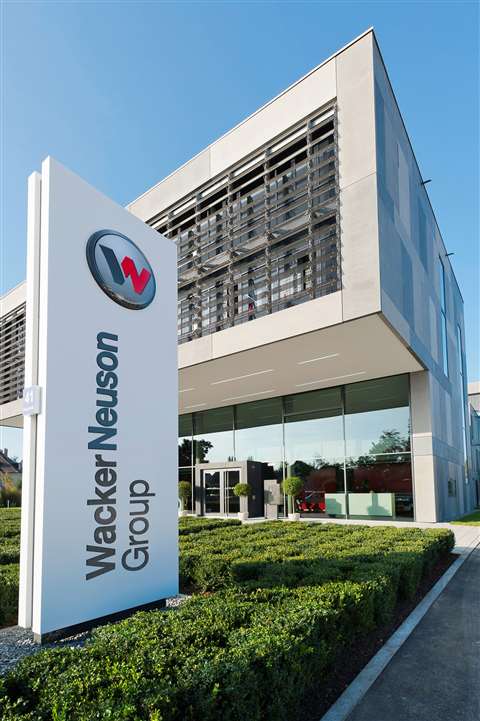 The European market, which accounts for almost three quarters of total group revenues, saw a 10% rise in revenues to just under €338 million. Particularly strong growth was reported in the construction sector in Central Europe, Italy, Spain and England.

Martin Lehner, CEO of Wacker Neuson, said, “The fact that we are also currently securing double-digit gains in challenging markets such as England shows that we are able to win customers with our innovative drive and customer-centric service.”

Revenues in the Americas were up almost 18% to €115 million. Adjusted for currency effects, the increase was closer to 13%. Business with worksite technology, including generators and lighting towers, was said to have developed particularly well. Also, there was a marked rise in sales of compact equipment imported from Europe.

The group’s profits dropped slightly in the third quarter, with EBIT (earnings before interest and taxes) recorded at €40 million – 4% lower than in the same period last year.

Lehner said, “In light of the current high levels of inventory and the increasingly challenging market environment, cutbacks to production programs at our plants were more extensive than originally planned. This led to a temporary drop in productivity.”

Also, in the US, the company experienced initial difficulties in rolling out new processes that were introduced as part of a restructuring programme, and lower production output in the country did not help either.

In light of the recent drop in profitability, cutbacks in production and delays in realising the expected increase in profitability in the US, Wacker has adjusted its outlook for the full year.

Investment for the full year is expected to be €90 million, as opposed to the €100 million previously forecast.