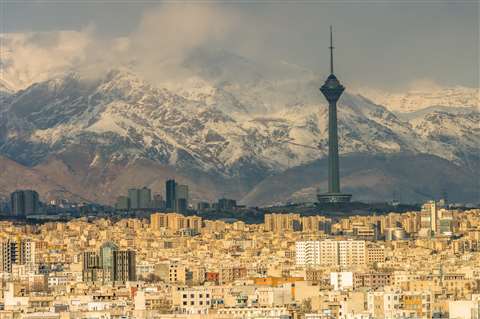 Tehran, Iran, where a memorandum of understanding was recently signed between Russia and Iran for the construction of a 1,200km pipeline to supply natural gas to India

A memorandum of understanding has been signed between Russia and Iran for the construction of a 1,200km natural gas pipeline between Iran and India.

The agreement was signed during Russian President Vladimir Putin’s recent visit to Tehran, the capital city of Iran.

Working in consortium with Indian, Iranian, Pakistani and other Russian companies, state-owned Russian energy firm Gazprom will be helping to build the Iran–Pakistan–India (IPI) pipeline, as well as developing several Iranian deposits along its planned route.

Alexander Novak, Russia’s energy minister, said, “We have agreed to assist in the implementation of the project for gas supply from Iran to India. This is a large-scale project with Gazprom participation.

“The company will develop gas fields on Iranian soil with all the necessary infrastructure for gas supplies to India to be built.”

Although it was too early for Novak to disclose how much the scheme might cost, he said, “It will be big because there will be an underwater section in the Persian Gulf—it’s a capital-intensive project.”

It was said that Iran and Russia were aiming to agree on economic and technical issues by the end of year, with the hope that works would begin at the start of 2018.